WSDOT plans major construction this weekend impacting I-5, SR 520 and I-90

The best option for people this weekend might be to stay home, as the Washington State Department of Transportation is closing several major highways this weekend. Traffic will be impacted on I-5 in King and Snohomish counties, along with the I-90 and SR 520 bridges.

SEATTLE - The best option for people this weekend might be to stay home, as the Washington State Department of Transportation is closing several major highways this weekend.

According to WSDOT, both directions of the SR-520 Bridge will be closed for a third weekend in a row. The closure will start 11 p.m. Saturday and go until 5 a.m. Monday.

Additionally, the Mercer Street on-ramp in Seattle will be blocked from 9 p.m. Friday to 4 a.m. Monday. However, the ramp will be reopened for three hours on Saturday, due to the Seattle Kraken game.

The third project will involve an Eastbound I-90 closure starting Friday night through early Saturday morning, between I- 5 and Island Crest Way on Mercer Island for tunnel maintenance.

Lastly, in Everett, northbound I-5 will be reduced to one lane starting Friday at 10 p.m. and will go until Monday morning.

Crews are replacing about 40 concrete panels there, starting Friday night.

"Our contractor originally cut these panels intending to replace them in December, but then the cold weather set in and they shut down for the winter. And we felt like they would be able to hold up through the winter," said Tom Pierce with WSDOT. "But now we want to make sure that we get these repaired before we have another episode of them popping up at a time when we'd have to do another emergency [closure]." 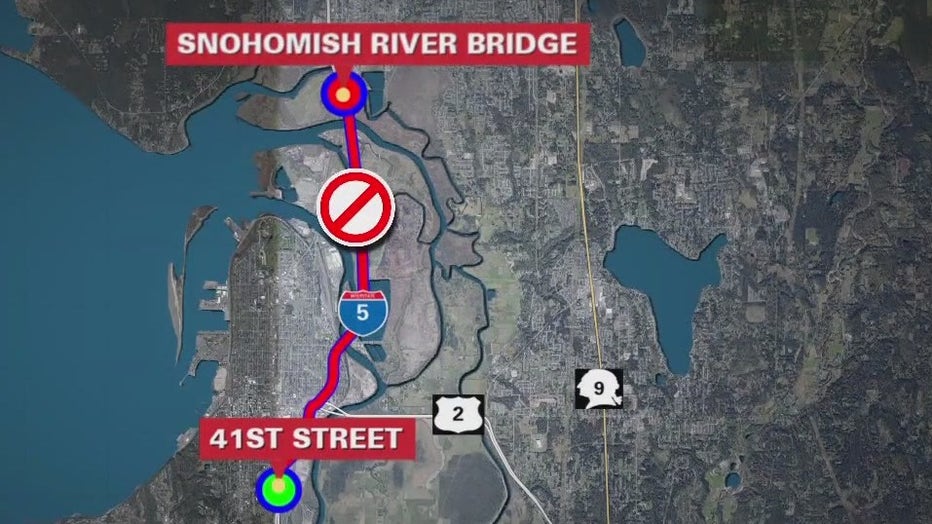