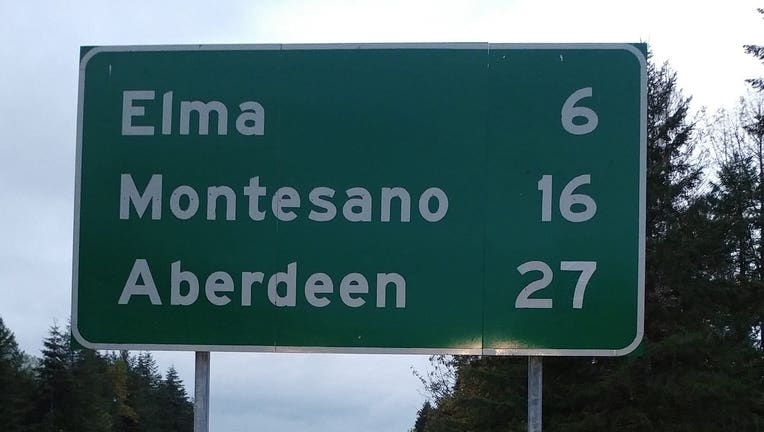 MCCLEARY, Wash. -- Nirvana made a highway sign between McCleary and Elma famous. Now, the Washington Department of Transportation has changed the sign so no one can recreate it, ever again.

In an undated photo, Kurt Cobain and Krist Novoselić covered the distances between Montesano and Aberdeen so the sign read “666”.

Over the years, many people have flocked to the sign to remake the iconic image.

In August, transportation officials decided to change one digit of the famed sign, so it now reads Elma 6, Montesano 16, Aberdeen 27.

Transportation spokeswoman Claudia Bingham Baker said the famous sign is currently in a construction area and despite lane closures, many diehard Nirvana fans were risking their lives to snap a photo of the sign.

WSDOT said they don't have plans to change the sign back to its original numbers when construction is over and added the sign is still factually accurate because Aberdeen’s city center is actually 26.6 miles from the sign.