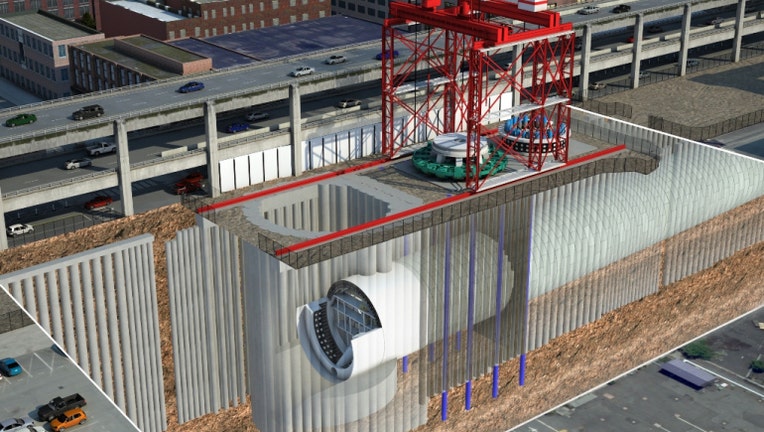 This is a simulated image of the work that is intended to be done to reach Bertha in an effort to repair it. (Image: WSDOT)

Council members questioned transportation officials about the engineer's report which claimed the excavation to fix Bertha, the tunneling machine, could be "catastrophic."

In response, the DOT said the engineer's report was taken out of context and excavation of the access pit to repair Bertha is safe.

Council member Kshama Sawant asked why the full report was not made available to the public right away.

WSDOT said it may limit the city's access to the project database so misunderstandings do not arise. Officials did provide the council with a copy of the engineer's full letter at the meeting.