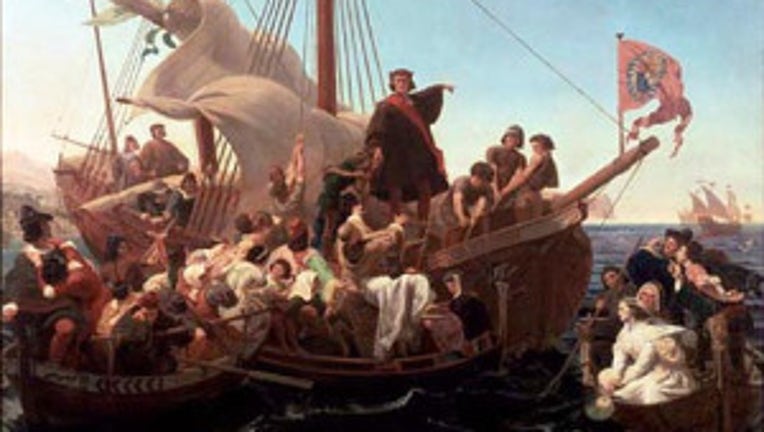 (CNN) -- Is a sunken shipwreck off Haiti the long lost remains of the Santa Maria, Christopher Columbus' flagship from his first voyage to the Americas?

The underwater explorer Barry Clifford, who led a team that found and investigated the wreck, says he's confident it is.

If his claim is confirmed, it would go down as one of the most significant underwater archaeological discoveries in history.

Clifford told CNN late Monday that he found the ship in the exact area where Columbus says the Santa Maria ran aground more than 500 years ago. The wreck is stuck on a reef off Haiti's northern coast, 10 to 15 feet beneath the water's surface.

The "smoking gun" that led Clifford to believe the ship is the Santa Maria is a cannon of 15th century design that was found at the site, he said.

"It is the Mount Everest of shipwrecks for me," the 68-year-old Clifford said. "This ship changed the course of human history."

The Santa Maria was the flagship of Columbus' small fleet that set sail from Spain in August 1492 under the sponsorship of King Ferdinand II and Queen Isabella I.

The voyage aimed to find a westward route to China, India and the gold and spice islands of the East. But the land the sailors set eyes on in October 1492 was an island in the Caribbean. Among the islands on which Columbus set foot was Haiti, where he established a fort.

In December, the Santa Maria accidentally ran aground off the island's coast. Some planks and provisions from the wrecked ship, which was about 117 feet (36 meters) long, were used by the garrison at the fort, according to the Encyclopaedia Britannica.

Columbus set off back to Spain with the two remaining ships, the Nina and the Pinta, in January 1493.

Archaeologists will have to excavate and examine the ship found off Haiti in order to determine whether it is in fact the Santa Maria.

The wreck "has to go through the whole archaeological process," Clifford said.

Most of the ship is in shape and will be possible to excavate with the help of the Haitian government, he said.

His team has used sophisticated metal detectors and sonar scans to study the remains.

The ship is the right size, he said, and stones found at the site match the kind from the part of Spain where the ship was built.

Clifford, who made a name for himself salvaging pirate ships off the coasts of Cape Cod and Madagascar, took years to reach his conclusion. And he nearly missed the main clue altogether.

He and his team first found and investigated the wreck in 2003. At the time, their archaeology experts "misdiagnosed" the cannon found at the site, Clifford said.

The searchers continued their work in the area, studying hundreds of objects and ruling out all the other wrecks they found.

But two years ago, after having researched the type of cannon used in Columbus' time, Clifford woke up suddenly in the middle of the night with the realization that he may already have found the ship he was looking for.

A couple of weeks ago, he returned to the wreck with a group of experts. The team measured and photographed the ship.

Complicating the case, some items, including the cannon, had been looted from the ship in the intervening years, Clifford said.

He said he plans to go back to Haiti next month to meet with authorities and decide what steps to take next.