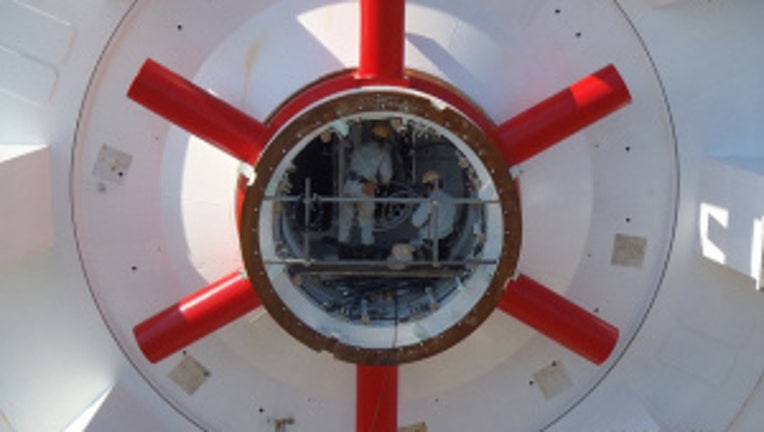 The machine, which is being manufactured in Japan, is five stories tall and 57.5 feet in diameter and is scheduled to arrive in Seattle early in 2013. WSDOT said the machine will start digging the Alaskan Way Viaduct tunnel beneath downtown Seattle beginning in the summer of 2013.

The tunnel is scheduled to open to traffic in 2015. 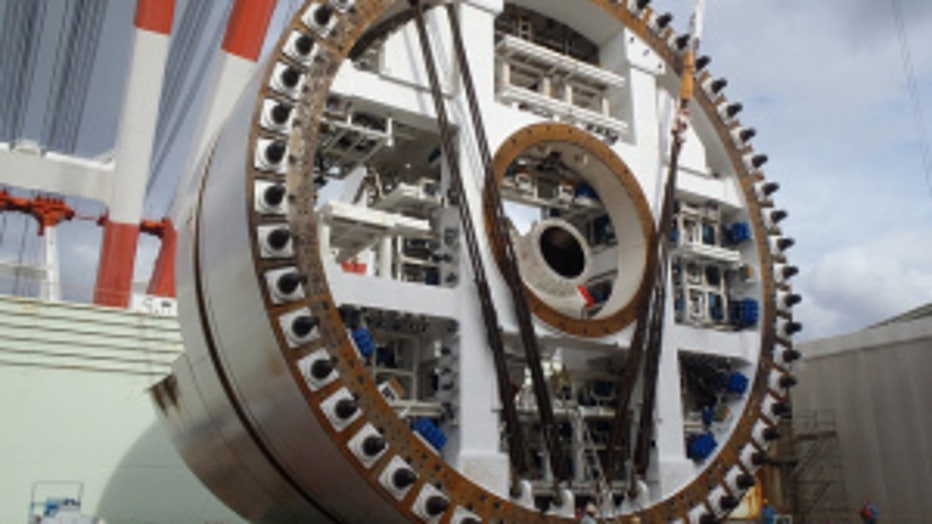 Crews in Japan stand in the shadow of the tunnel boring machine. Photo courtesy of WSDOT. 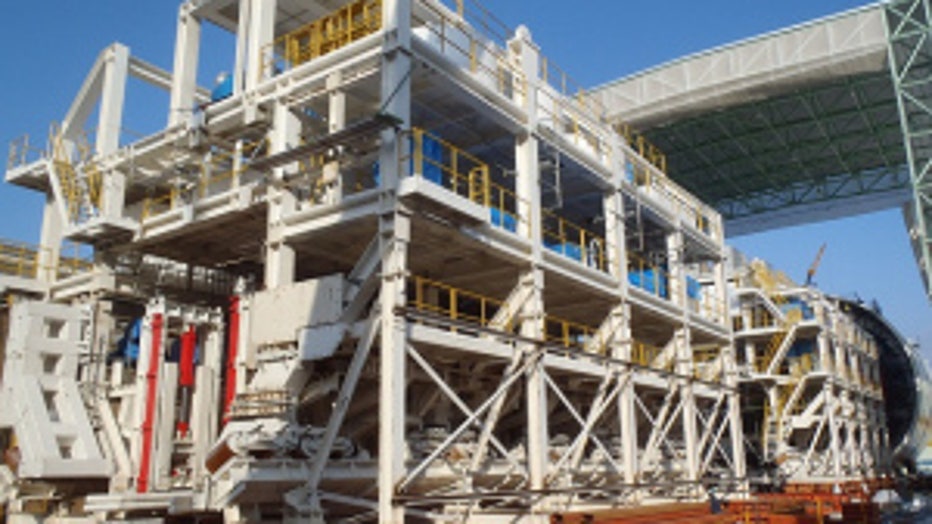 Mobile tunnel factory -- the back end of the SR 99 tunnel boring machine. Photo courtesy of WSDOT 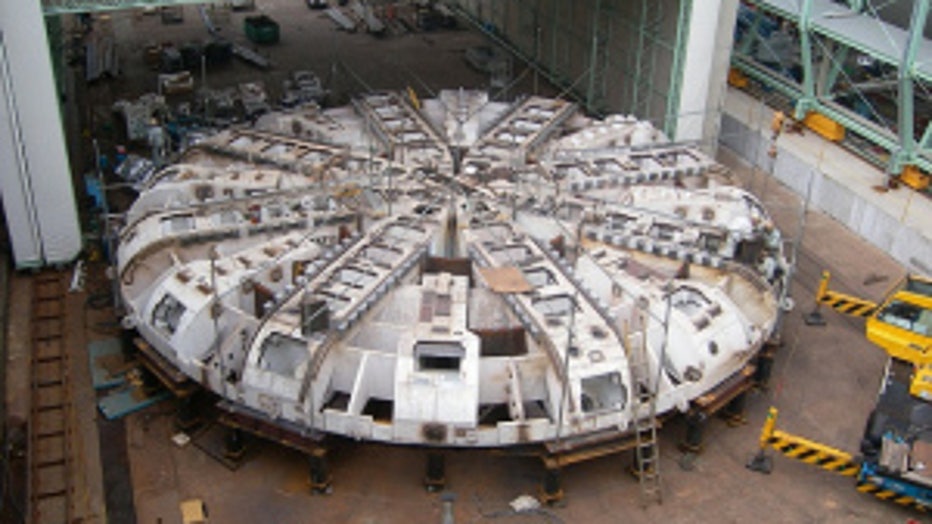