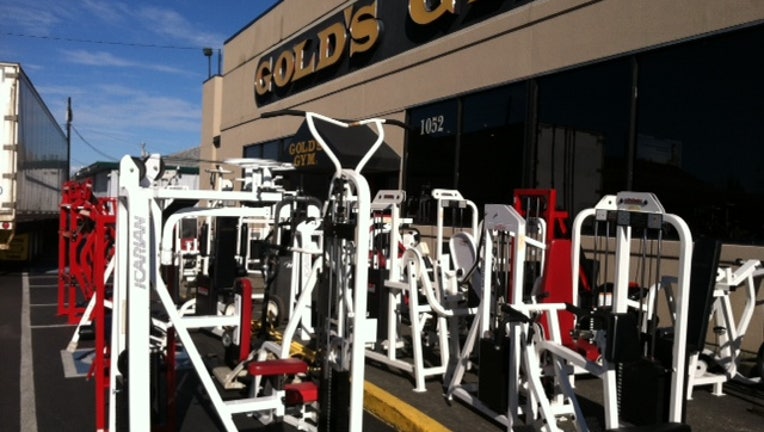 ARLINGTON, MARYSVILLE, WASH. -- People who were at the gym Tuesday morning getting in their daily workout were in for a rude surprise -- the Snohomish County Sheriff's Office, along with a crew of movers, walked in and began removing the gyms' equipment. A spokesperson with the sheriff's office said they were standing by for a "writ of execution," a court order that allows them to remove the equipment.

The gyms are located at 3131 Smokey Point Dr. in Arlington and 1052 State Ave. in Marysville.

A number of disgruntled customers took to the gyms' Facebook page.

"So how are refunds going to work... i spent almost $400 for a year membership and have only been able to use it for 2 weeks before you guys shut down...i think its time to do some crowd management and update your members...," Courtney posted.

And member Rene posted the following advice to other members: "I really hope seeing you being shut down and doors closed as of today at both locations that you are not taking money out of people's banks accounts for dues! I suggest everyone contact your bank immediately! I know I did!"

No one at either location is answering the phone.

A statement from Dave Reiseman, vice president of communications for Gold's Gym, said:  “We were just made aware of the closings of the Arlington and Marysville locations today. These two locations were independently owned and operated facilities and we are currently investigating the situation. It is important to note that Gold’s Gym has 9 other gyms in the greater Seattle area that are owned by long-time franchisees with close ties to the community. The situation in Arlington and Marysville in no way affects their operations.”