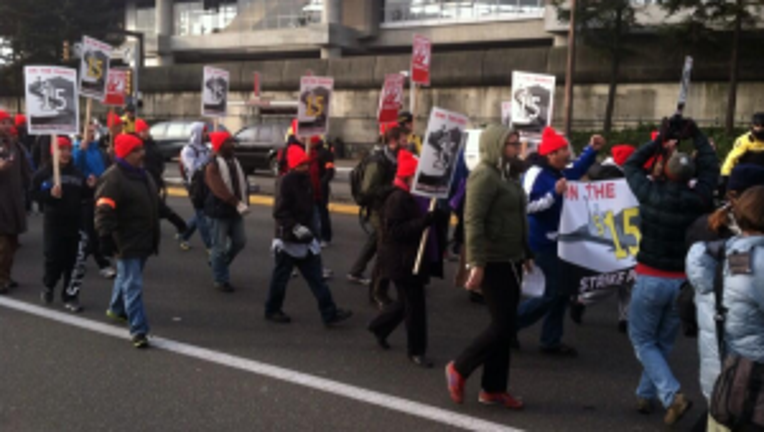 SEATTLE -- Dozens of fast foot employees walked off their jobs today and marcedh from SeaTac to Seattle, demanding for a pay hike that increases the minimum wage to $15 an hour.

Thursday's march comes on the heels of a monumental vote in SeaTac, which raised the minimum wage for some employees to $15 an hour. Fast food employees were not included in that pay hike.

Employees at fast food restaurants complain that they cannot support a family on their current pay and need more money.

Today's march will last eight hours. It begins at the Hilton in SeaTac on International Boulevard. Marchers will make their way into the heart of Seattle and stop at the steps of Seattle's City Hall for a rally at 4:30 p.m.

This march will possibly disrupt traffic at times and could impact fast food restaurants in the area as workers will be encouraged to leave their jobs and join in the rally.

This story will be updated throughout the day. Below are some tweets from the scene: