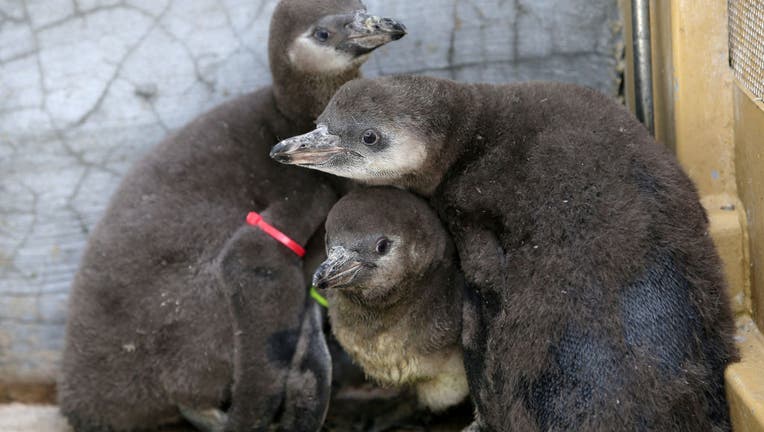 SEATTLE - Officials at the Woodland Park Zoo are moving their at risk birds inside to keep them safe from the bird flu that is spreading across western Washington.

The announcement comes a day after two additional cases of avian influenza was detected in Pierce and Whatcom counties on Wednesday. The Washington State Department of Agriculture says that there is no immediate public health concern at this time.

The Woodland Park Zoo sent a tweet Thursday morning saying, "Due to the proximity of now confirmed cases, we are moving our most at-risk birds inside or under temporary cover to reduce their exposure. As a result, you will encounter some exhibit closures and altered programming for a time."

According to Zoo officials, their animal health team is closely monitoring cases of the highly contagious avian flu in wild birds across the state, and implementing appropriate precautionary measures.

The Woodland Park Zoo is thanking the community for their understanding and patience, as well as their zookeepers who are helping the birds adapt to this temporary change.

At this point in time, there is no estimation as to when the zoo will reopen their bird exhibits.

Cases of avian influenza have been detected in two additional Washington counties: Pierce and Whatcom. However, the Washington State Department of Agriculture said that there is no immediate public health concern.

According to the Washington Department of Fish and Wildlife, avian influenza can be transmitted from wild birds to domestic birds through direct contact, fecal contamination, transmission through the air, environmental contamination, and shared water sources. The virus can also be spread from farm to farm. Both wild and domestic waterfowl can be infected with the virus and not show signs of disease.

Unusual deaths or illness among domestic birds should be reported to the WSDA Avian Health Program at 1-800-606-3056. Report dead or sick wild birds using the Washington State Department of Fish and Wildlife’s online reporting tool.