WOODINVILLE, Wash. -- Your next trip to Woodinville's beloved wine scene will look a lot different.

One winery in particular has taken blow after blow because of stay home orders, but is still giving back to the community.

Even when the order lifts, wine maker's busiest season wont be as bustling as before.

Once a lively destination with the sights and sounds of wine connoisseurs mingling around tasting rooms, Woodinville's Hollywood district is now desolate.

Alexandria Nicole Cellars is at the center of it all, with three tasting rooms in Washington shut down and a brand new business that never even made it to its grand opening.

“We had just opened up a new wine bar in downtown Seattle on Pike Street two weeks before this happened,” Janshen said.

Glasses sparkling clean and wine at the ready, Audacity awaits its first flourish of customers once COVID-19 gets under control.

Until then, Janshen says they've had to pivot their business to stay afloat since their record setting wholesale numbers also plummeted to zero.

“We took the wholesale van that we were using to deliver wine kegs to restaurants, now became a home delivery van for people who are staying home,” said Janshen.

Janshen says quarantine specials like 50 percent off all wine for essential workers was also a big hit but was more about the deed than the dollar.

“We’re grateful for them so it was one way for us to say thank you,” he said.

Healthcare workers can also pick up a free bottle of hand sanitizer the wine maker just started bottling, which we're told will soon be donated in Seattle.

As they await word from the Governor on when they can reopen, Alexandria Nicole will undergo a physical transformation.

Outdoor lights are going up.

Tables will now be placed six feet apart in line with social distancing.

“We’ll make through this. It will just look different and I think we're ok with that,” said Janshen.

Alexandria Nicole is still waiting to open their new wine bar to the public. For now they're taking curbside orders downtown for anyone who can't make it to Woodinville. 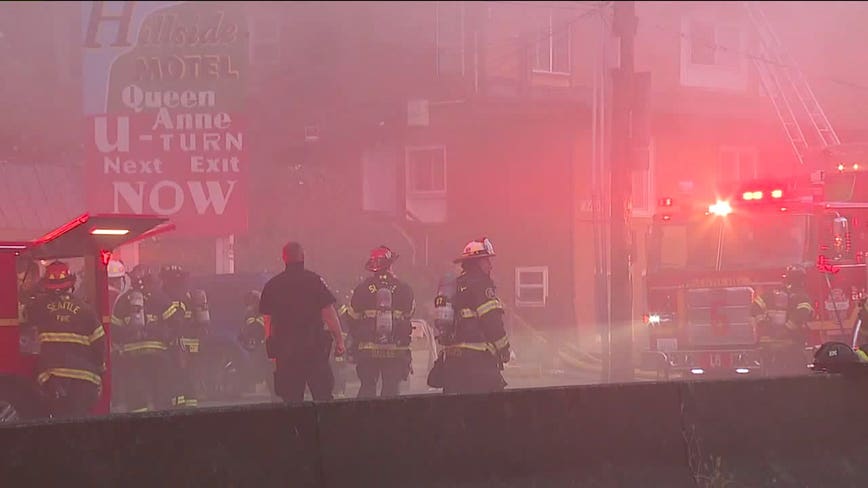