By now you may have seen the viral pictures out of Australia showing a goldfish on the operating table. It was  under the knife to remove a tumor, and it's owner spared no expense on the procedure.

“A goldfish is a pet, a family pet,” explained Pip Joyce.

The vet in that case used a traditional scalpel to remove the tumor. But a local company in the northwest is also showcasing pictures of a goldfish in surgery. Only the technique used is on the cutting edge, with laser beams directed at several tumors on the fish's back.

“That really does illustrate just the capabilities of what can be done with the technology,” said Chris Smith, with the company, Aesculight.

The company is based in Woodinville, and it’s the only company in the country creating surgical lasers.

“Small patients, big patients, patients of any size,” said Peter Vitruk, a physicist who founded the company twenty years ago out of his basement after leaving the Soviet Union following the end of the Cold War. 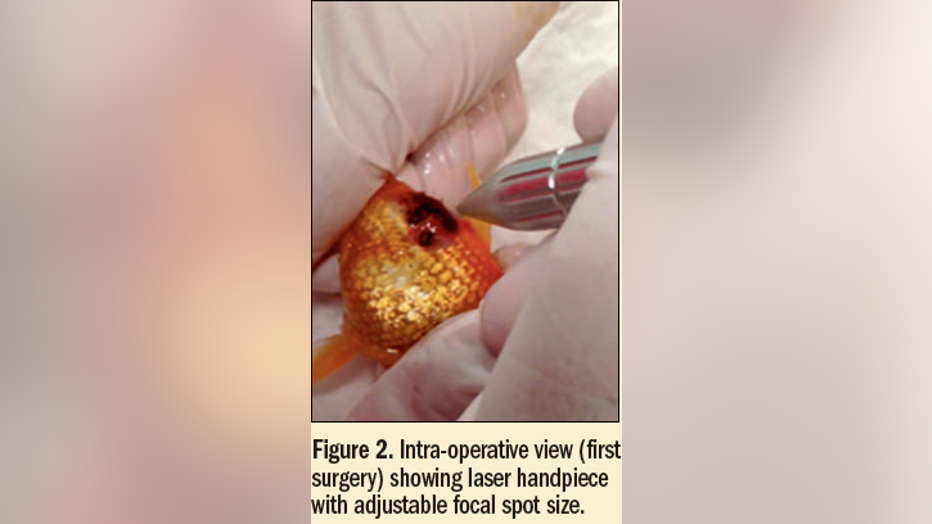 The key to laser surgery, he said, is that there is virtually no blood. The incisions are cauterised as they're made and he demonstrated on a tomato just how precise they are.

“We're removing the skin, which is thinner than a human hair, and we're doing it with precision and control,” said Vitruk as he burned off a piece of the vegetable.

Only about 20-percent of vets use surgical lasers, but Vitruk expects that number to rise  when they learn more about the animals lives that can be saved.

The company has also developed surgical lasers for the dental industry, but they are hoping that by showing the video of that fish, people will get an idea of what it can do for creatures big and small.