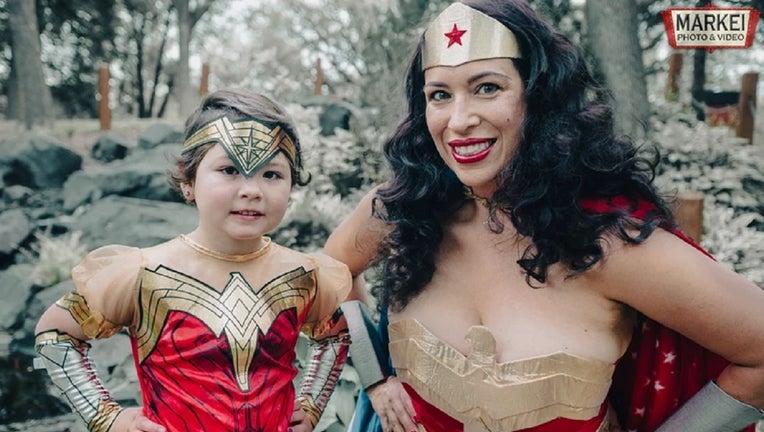 COLUMBIA HEIGHTS, Minn. (FOX 9) - As the first Latina and person of color to become the mayor of Columbia Heights, Amada Marquez Simula is already a role model. However, her alter ego is also an inspiration to at least one little girl who has been through some tough times.

"It's just magic to be able to connect with someone with this and to be somebody's inspiration is incredible," said Marquez Simula. "It's hard to put into words."

The Columbia Heights mayor's alter ego is an inspiration to at least one little girl who has been through some tough times.

Marquez Simula started dressing up as Wonder Woman at hospitals, children's birthday parties, and movie openings 20 years ago as a way to promote female empowerment. However, it wasn't until recently that this superhero developed a superfan when Marquez Simula took a picture with Hailey Radtke at a parade in Columbia Heights. Even though she did not know it at the time, it motivated Hailey as she battled leukemia.

"I think it helped her," explained Hailey’s aunt Jenny Norling. "She showed everybody how strong she was. She would tell the nurses she was Wonder Woman when she would go in for treatments so they all just kind of started calling her that."

Hailey is now cancer-free and when she finished chemotherapy, her family asked the mayor for a new autographed picture as Wonder Woman. But, Marquez Simula did them one better, arranging for the dynamic duo to do a photoshoot at landmarks around Columbia Heights last week. During which, they posed with some other "Wonder Women -- female firefighters -- and ended the day with ice cream at Dairy Queen. 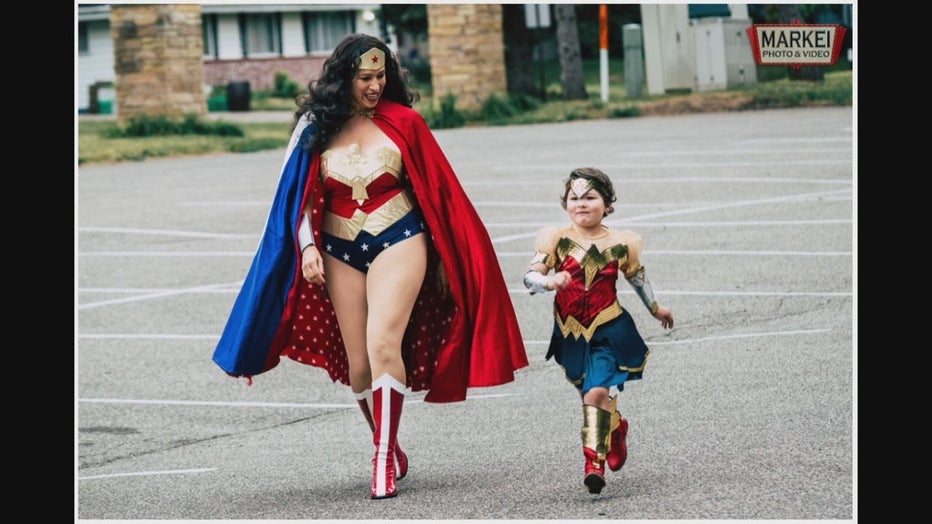 "I just get to dress like her," said the mayor. "It’s not really me. But, knowing I can do something that gives somebody joy and strength they can pull from is really amazing. It’s wonderful."

In addition to their similar costumes, the pair now sport matching bracelets as well. They may not be bulletproof like the Amazon princesses are but their sisterly bond is unbreakable.

"It shows how much we can draw inspiration from other people and that anyone can do this," added Marquez Simula. "Anyone can inspire others."