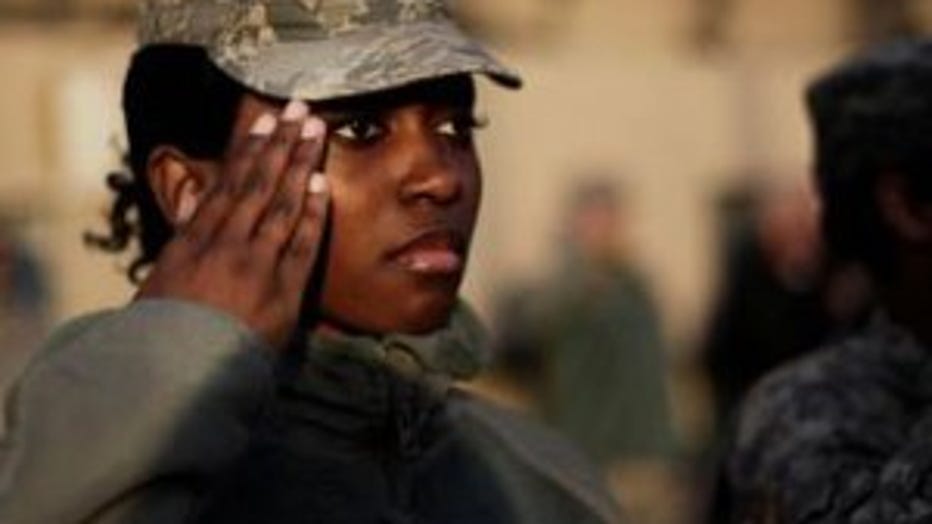 Since 2001, 946 women have been wounded in Iraq and Afghanistan and 152 wounded. Yet, when women come home, they don't always receive the same help as men.

“The top needs for women veterans when they come back from war are mental health services and counseling. When someone deploys and comes back, they will never be the same person they were when they left,” said Ramos.

That could be even more so in light of a new report that shows as many as one in three women in the military are sexually assaulted.

“It has everything to do with why they don’t seek out services because they don’t know who they can trust,” said Mike Schindler, with Operation Military Family.

On top of that, female vets are four times more likely than men to become homeless.

The issue is the subject of a new documentary called “Service: When Women Come Marching Home”.  It profiles eight women vets, including Angela Arellano of Tumwater, and their challenges in overcoming both visible and invisible wounds. The film airs May 26 on the public television station KCTS 9.

In January, the military lifted the ban on women in combat roles.  Right now, enlisted women make up 2.7 percent of the military's front-line units. Women have been allowed to serve on gun crews, air crews and in seamanship specialties. Despite the official ban on combat, women who served in Iraq and Afghanistan often found themselves engaged in firefights. Women made up 67 of the nearly 3,500 Americans lost in hostile fire in Iraq and 33 of the 1,700-plus killed in combat in Afghanistan.

On June 29, the VA is hosting a conference for female vets at the Tacoma Trade and Convention Center, where they can receive help with housing, employment and counseling.