FEDERAL WAY, Wash. -- A vicious attack left a woman in Federal Way with broken bones in her face.

It might have been motivated by her effort to help others -- warning them of a man who approached her asking for directions and then began fondling himself.

The victim, 35-year-old Amanda Edwards, says it started in a Safeway parking lot and ended on her walk home.

"Definitely wasn’t a fair fight," said Edwards, who choked up recalling the details.

Edwards was at Safeway to buy dinner for her three kids around 6:15 Monday night.

Instead, she returned home with four fractures in her face, including a crack down the roof of her mouth.

As she was leaving the store, a man pulled up in his car, fondling himself as he asked her for directions.

"You have to have a pretty crazy mind to go around and think that it’s OK to do something like that," said Edwards.

When she yelled at the driver to get lost, the man drove over to another mother and child walking across the parking lot.

Amanda tried to take a picture of his car, then yelled at other customers to stay away. The man sped off, then--thinking he was gone--she walked home.

"The next thing I know I was waking up on the ground running home," said Edwards. "I didn’t realize I had been hit multiple times in my face." 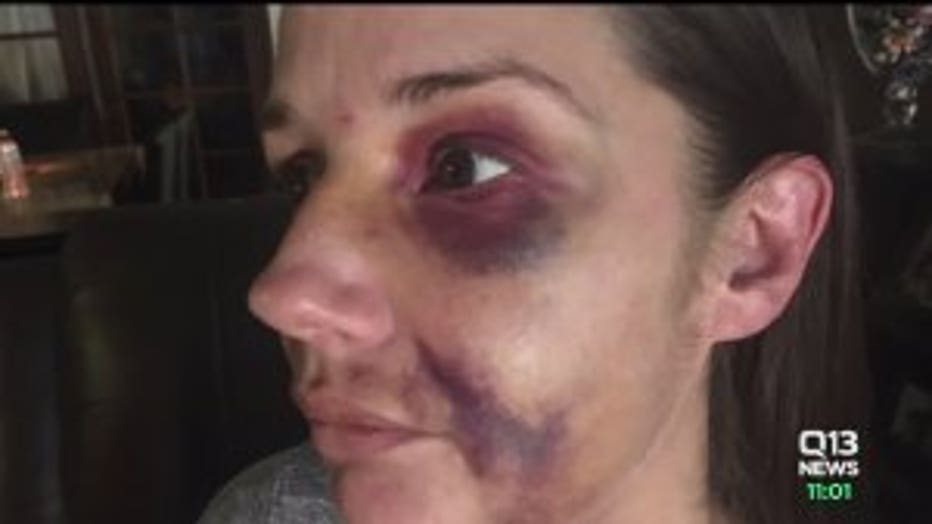 She was followed, grabbed from behind and beaten near 21st Avenue SW--possibly targeted because she tried to warn others about his behavior.

"The thought that I can’t walk out the door without feeling like this guy is somewhere around here--that hits so close to home," said Edwards.

Amanda has four fractures in her face and now needs surgical plates reconstructed in her cheeks.

"I’ve never had that fear in my life. I’ve never felt like I can’t walk and be free and protect myself," said Edwards. "I think that’s what bothers me the most is that I didn’t get a chance to get away."

And she wants to warn others before this man strikes again.

"He put time into following me and getting out of his car and running up on me and attacking me and I feel like if he got away with it, he would probably feel like he can do it again," said Edwards.

"He was extremely aggressive and when he came up and he said ‘I got you’ and when he started laughing--it was one of the most evil laughs I’ve heard," Edwards described. "I mean to me he had a rapist mentality." 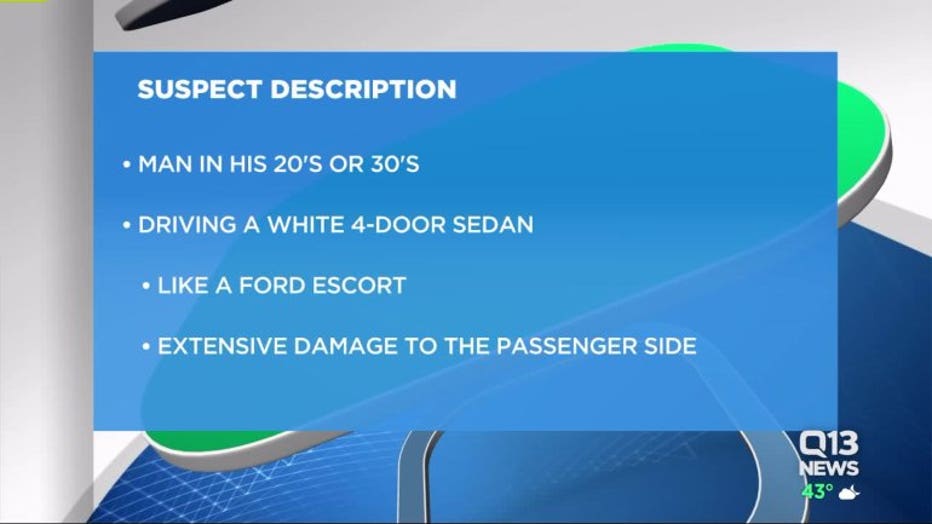 She describes the man as a Pacific Islander male in his 20s to 30s, with a slim but solid build--wearing a beanie.

The vehicle was a 4-door white sedan, like possibly a Ford Focus, with extensive damage to the entire passenger side of the car.