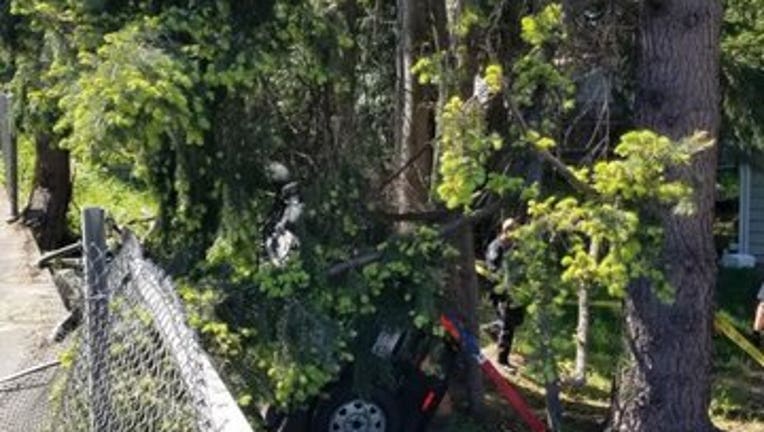 SHORELINE, Wash. -- A 61-year-old woman was seriously hurt in a three-car crash Wednesday afternoon in Shoreline.

A 61-year-old woman suffered life-threatening injuries and was taken to Harborview Medical Center in Seattle.

According to the King County Sheriff's Office, the crash appeared to be an accident. All drivers stayed at the scene and were cooperating.

Deputies said NE 175th was closed from 8th to 10th Ave NE for the investigation.