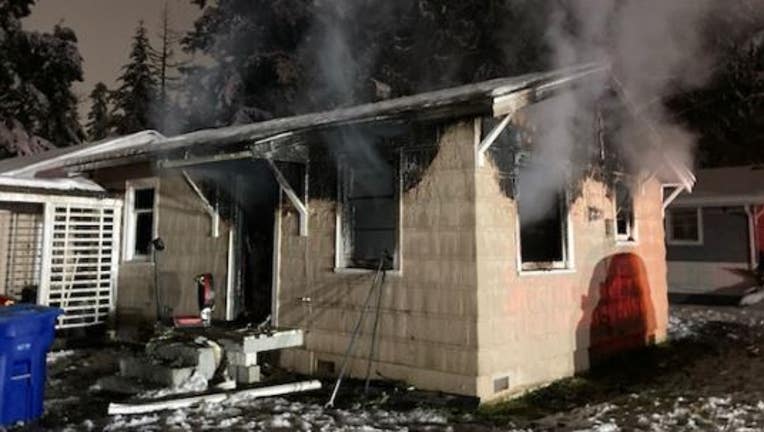 LYNNWOOD, Wash. - A woman was sent to Harborview Medical Center with life-threatening injuries after a fire broke out at a Lynnwood home.

Dispatchers received multiple 911 calls around 8:45 p.m. for reports of smoke and flames coming from a home in the 5800 block of 186th Pl SW.

A neighbor was able to rescue the resident inside the burning home before firefighters arrived.

South County Fire said crews were able to get the flames under control within 10 minutes.

No one else was injured.

It's unclear what caused the fire.