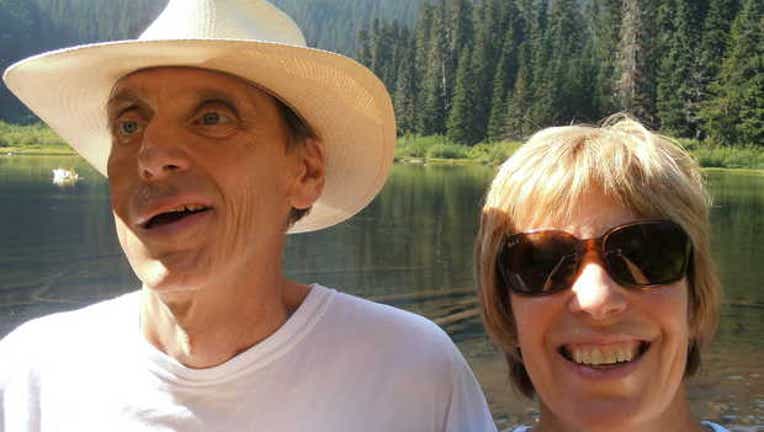 Douglas served in the Army after Vietnam and went on to work as a machinist at Boeing. In 2011, two years after a liver transplant, he noticed a spot on his forehead. Connie says her brother was especially concerned because transplant patients are susceptible to skin cancer

“As soon as he saw that spot, he went in and they took a biopsy and it was diagnosed as melanoma,” Olberg said in an interview Thursday.

According to a federal tort claim Connie filed against the government, VA Puget Sound said he’d have to go to the University of Washington Medical Center to have the melanoma removed.

“What tied Cliff up, and what ultimately caused his death, is that referral never happened,” said Olberg.

She added that her brother kept pressing the VA, but that it took four months for her brother to finally see a UW doctor. By then, the cancer had spread.

“It’s egregious to me, the wait time he had,” said attorney Jessica Holman.

Holman added that her client’s case is just one example of a system she feels is failing.

“It’s a systemic problem that our vets aren’t getting care they deserve. They’re tied into these benefits from their service. Cliff was told he had to go to the VA for his care because there aren’t other options out there,” said Holman.

Olberg’s claim comes as the U.S. Department of Veterans Affairs is under fire nationwide for allegedly creating false records that hid the long wait times for vets seeking medical care.

Terry Rogers, with the Foundation for Health Care Quality, says the influx of younger vets returning from Afghanistan and Iraq, coupled with aging Vietnam vets, has added to the crisis.

“If you have a rapid increase in demand for services, you are stuck with a sluggish response in a large bureaucratic system,” said Rogers.

VA Puget Sound declined our request for an interview, but sent this statement:

“The recent media coverage on electronic wait lists (EWL) within the VA has led to a system-wide, face-to-face audit of all VA medical centers and clinics this week.  A team of four visited VA Puget Sound Health Care System (VAPSHCS) last week to interview various staff. The audit went well and revealed no significant issues, no findings of inappropriate record keeping or 'secret lists.' The auditors noted the VA Puget Sound staff to be extremely dedicated to doing the right thing for our Veterans. While there are always opportunities for us to improve the delivery of healthcare, this audit of the EWL confirmed that VAPSHCS is comprised of people, who are dedicated to caring for Veterans in the best possible manner.”