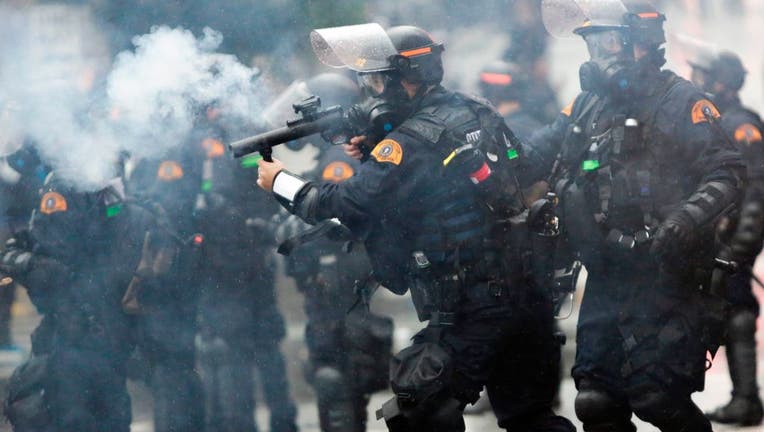 SEATTLE - A woman who was struck in the eye with a so-called "rubber bullet" during the 2020 Black Lives Matter protests, causing an injury that required surgery, has filed a federal civil rights lawsuit against the Seattle Police Department.

Nikita Tarver alleges an officer targeted her — the only Black person in a crowd of white protesters — when she raised a sign showing the names of police violence victims, The Seattle Times reported.

Tarver was likely struck with a 40-mm foam-tipped projectile, one of several less-lethal weapons a federal judge later enjoined police from using against protesters. The rounds can cause serious injury. Their manufacturer warns against firing them at people’s heads.

The lawsuit joins dozens of others filed by protesters who claim police used excessive force against nonviolent demonstrators during the 2020 summer protests.

The Seattle city attorney’s office did not immediately respond to requests for comment.

The lawsuit claims Tarver and a friend were walking back to their car when Tarver hoisted a sign.

RELATED: Father of 19-year-old killed in CHOP says he got condolence call from President Trump, but not Seattle's mayor

"Within seconds of holding her sign up so that it could be seen, Nikita felt a blast in her left eye," the lawsuit says. "Nikita screamed out in terror. Her entire face felt like it was burning, and she felt like she was going to lose her eye."