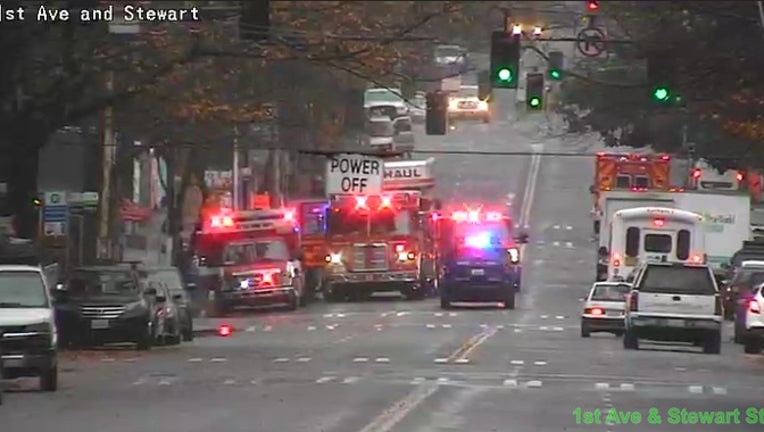 SEATTLE - Police are searching for a suspect after a woman was stabbed to death Monday morning in Seattle's Belltown neighborhood.

Witnesses called just before 11:00 a.m. to report that a woman had been stabbed in the area of 1st and Blanchard.

According to Seattle Police, officers quickly arrived and began CPR, but the woman died at the scene.

Seattle Police said they were searching for the suspect, a 58-year-old white man, with a beard, wearing glasses and a blue jacket.

No further details have been released. Homicide detectives are investigating.

This is a developing story and will be updated. Get the Q13 News app for breaking news alerts on your smartphone or tablet.