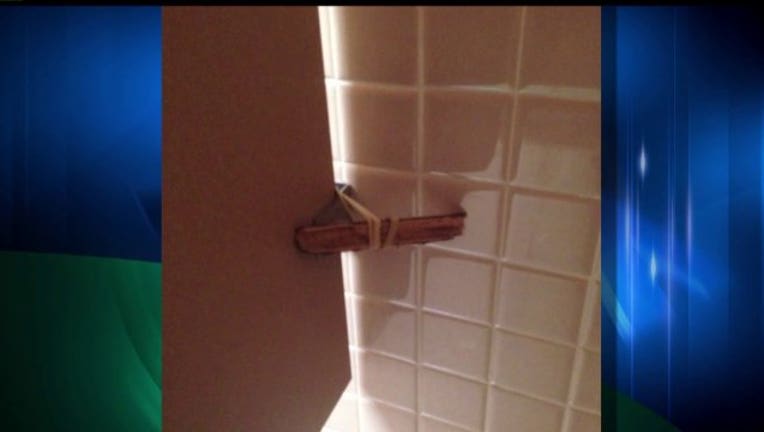 A woman says she discovered this in a Des Moines Library restroom stall. It was a small piece of wood and a rubber band that held a camera phone in place. A man with a dress on ran from the next stall after she called 911. (Photo courtesy of victim T

DES MOINES, Wash. -- Traci Pigg is still coming to grips with what happened to her in the bathroom of the Des Moines Library on Thursday night.

"It was pretty scary -- the worst feeling I've ever had in my life," Pigg said Friday.

While she was in the stall in the ladies room, Pigg said, something didn't seem right. She looked around and noticed the top of a camera phone peeking through an opening in the wall.

It was later discovered later that the camera phone had been held in place by a small piece of wood and a rubber band.

"I immediately panicked. and I punched the phone, and then realized that I had to get out of there," said Pigg.

She called 911 and watched as the suspect ran out of the library. He was wearing a skirt. Pigg believes he did so to appear more like a woman in the bathroom, but people on the street also noticed the skirt and were able to help lead police to him.

Police aren't releasing his name because he hasn't been charged yet. They are also waiting to get a search warrant to go through his phone. The suspect is described as a short, 40-year-old Hispanic man. Detectives don't believe this is the first time he's done this.

In fact, what happened in Des Moines is very similar to several unsolved incidents that happened in the bathroom of the Bothell Library last April. The description of the suspects in both cases is similar as well. 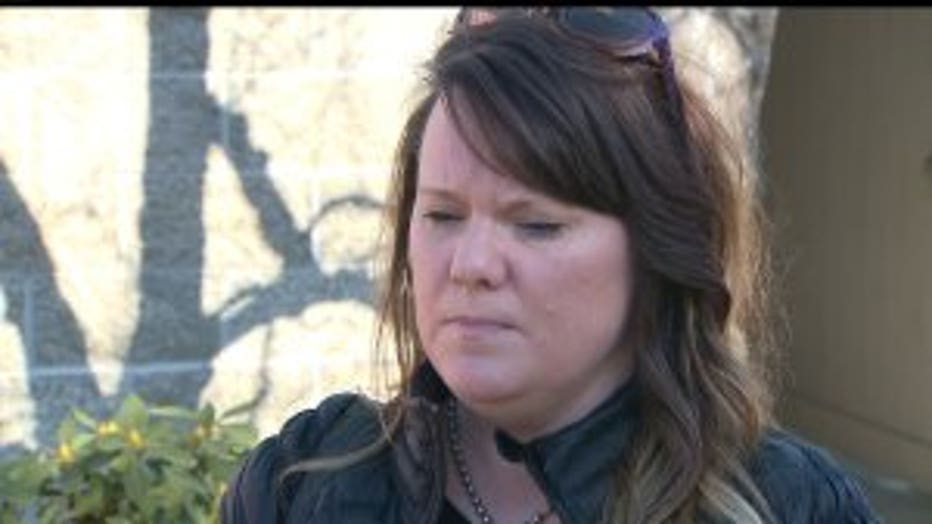 Traci Pigg recounting her shock at finding a camera phone in a library restroom stall she was in. "It was pretty scary -- the worst feeling I've ever had in my life," she said. (Photo: KCPQ-TV)

Des Moines detectives plan to contact other police agencies around the region about past cases.

Pigg just wants other people, especially parents, to be aware of their surroundings, even at the local library.

"It's very sick," she said, "and I want people to know the kind of people that are among us, you know?"