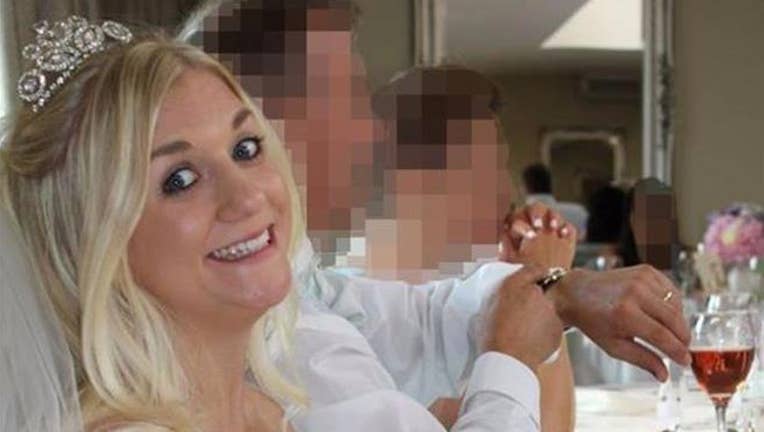 Samantha Wragg hadn't had time to dust off her wedding dress and take it to the cleaners before she found out her new husband was cheating on her.

So what did the British woman who works in social media do? List her dress on eBay to help foot the bill she says her husband has left her with for the divorce.

Heeding the advice of her brother, she spiced up the listing by revealing some of the dirty details, she reports on her blog. In the days since, bidding has climbed from the initial $2,600 asking price to cover what her parents paid for it new in 2014 to roughly $85,000 with less than two days to go.

Wrapp apologizes for only including two pictures with the listing, but when the cheating came to light, "I pretty much burned/permanently deleted everything with his disgusting face on it!" POPSUGAR notes that the "genius" post mixes details about the size 6 Art Couture ivory lace dress ("Great condition but needs dry cleaning before wearing to get rid of the stench of betrayal") with her own story ("Hope this dress brings you a lot more happiness than it brought me in the end and if not ... well you can always sell it on here!").

ITV News reports that the 28-year-old has forgiven her ex-husband in spite of his "terrible and really hurtful mistake" and that she is "very happy now so I hope he is too." In all the messages of support, she says she's even had a couple marriage proposals.

(See why this paramedic is wearing her wedding dress at the scene of an accident.)