GOOCHLAND COUNTY, Va. – A 22-year-old woman found dead in a wooded area of Virginia Thursday night after she was mauled to death by her dogs, Goochland County Sheriff James Agnew said.

Bethany Lynn Stephens' father called 911 Thursday, at about 8:18 p.m., when he went looking for his daughter off Manakin Road in Goochland, where she often walked her dogs.

He discovered her dogs in the woods, and he told the sheriff's office the dogs appeared to be "guarding" Bethany's body, according to WTVR.

Sheriff's deputies arrived and spent 60 to 90 minutes attempting to catch the dogs -- which the sheriff described as pit bull dogs.

Bethany's body was taken to the Medical Examiner's Office.

"It appeared the attack was a violent attack initiated by the victims' dogs while the victim was out for a walk with the dogs," Sheriff Agnew said the Medical Examiner's initial report indicated. "The victim had defensive wounds on her hands and arms trying to keep the dogs away from her, which would be consistent with being attacked while she was still alive."

Agnew said he didn't have a history on the animals but said they were "big, strong, powerful dogs" that "you would suspect were bred for fighting, just in looking at them." 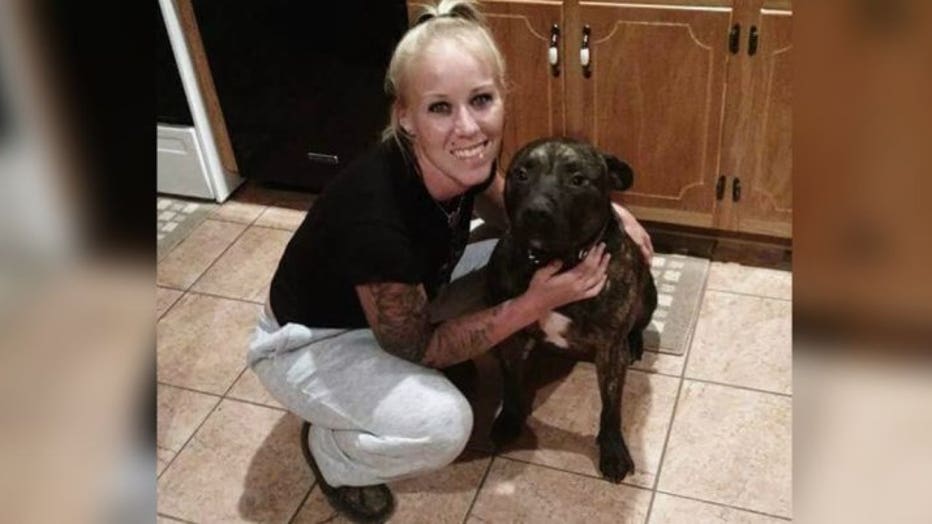 Agnew said it appeared that the first traumatic injury she suffered was to her was to her throat and face.

"It appears she was taken to the ground, lost consciousness, and the dogs then mauled her to death," he said.

While the investigation was considered ongoing, Sheriff Agnew said there were no strangulation marks on Stephens' body and this was not a homicide.

Agnew described a bloody scene that was littered with scraps of clothing. He added that it took investigators eight hours to collect over 60 pieces of evidence.

The dogs are with Goochland Animal Control and the sheriff's office will pursue euthanization.

"It was an absolutely grisly mauling ," Sheriff Agnew said. "In my 40 years of law enforcement I've never seen anything quite like it. I hope I never see anything like it again."