SEATTLE -- Authorities have identified the woman who was killed Wednesday in a downtown Seattle shooting.

The King County Medical Examiner's Office said Friday that 50-year-old Tanya Jackson died from a gunshot wound to the torso.

Seven other people, including a 9-year-old boy, were injured in the shooting at 3rd Avenue and Pine Street.

A 21-year-old man who was injured was later discharged from the hospital and taken into custody in connection with the shooting.

Police are searching for two more suspects, Marquise Tolbert and William Ray Toliver, in connection with the shooting. 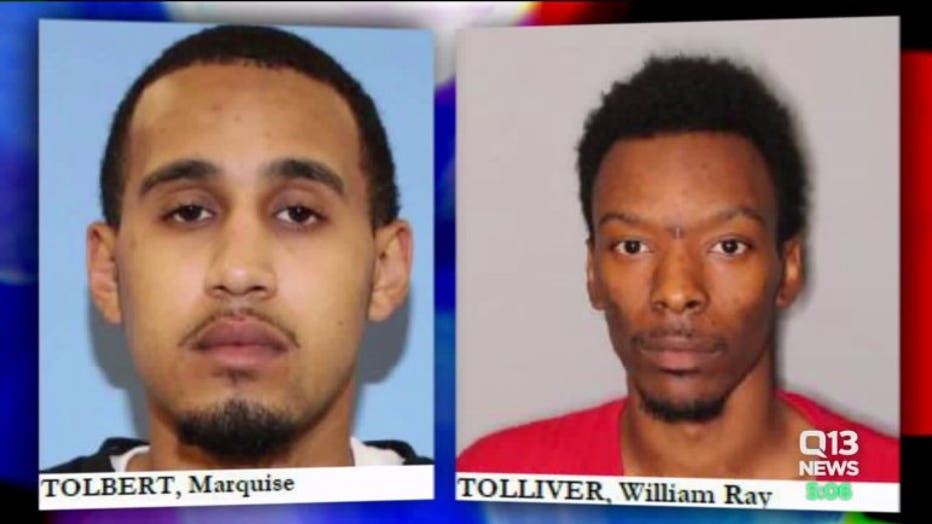 Marquise Tolbert and William Ray Toliver are wanted in connection with the Jan. 22, 2020 shooting in downtown Seattle. One person was killed and seven others were injured in the shooting at 3rd Avenue and Pine Street.

The chaotic scene unfolded around 5 p.m. Wednesday during rush hour, when the bus-only 3rd Avenue is full of commuters who take public transit to get to and from downtown.

Police said a fight that started outside of the McDonald's at 3rd Avenue and Pine Street escalated and multiple people started shooting.

Business groups implored officials to improve public safety. And while crime rates in Seattle are low compared to other big cities, critics say mayhem downtown from shootings to drug dealing and the effects of the city`s ongoing homelessness crisis makes locals and tourists feel unsafe.