(CNN) -- Kayla Michelle Finley may be wishing that services such as Netflix and Amazon Prime had been around a little earlier.

The South Carolina woman spent a night in jail last week for failing to return a video she rented -- in 2005. 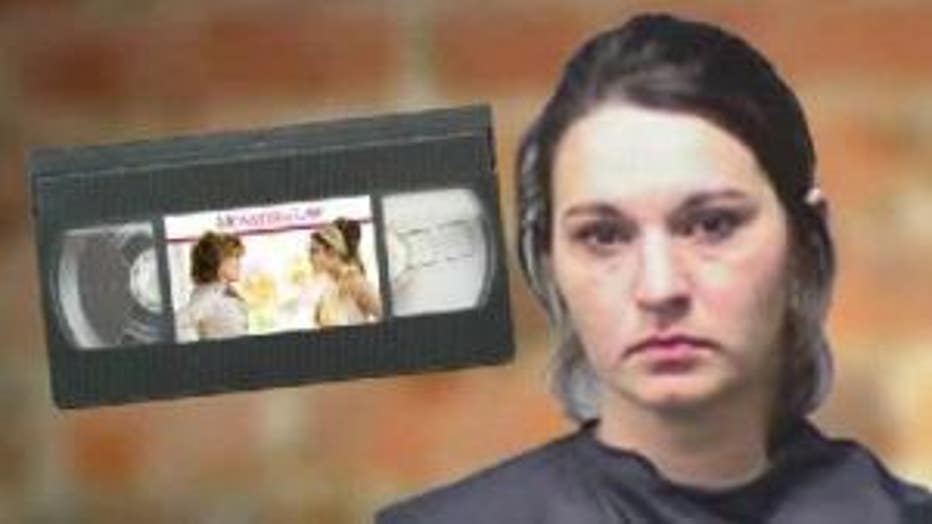 It was a VHS tape. Of a Jennifer Lopez movie.

Finley, 27, was arrested Thursday in Pickens County, South Carolina, on a misdemeanor charge of failure to return the video, according to CNN affiliate WYFF-TV.

The movie, "Monster-In-Law," starring Lopez and Jane Fonda as a feuding potential daughter- and mother-in-law, was rented from a video store, Dalton Videos, that is now out of business.

The WYFF report says Finley was at the county sheriff's office on another matter when an active warrant for her arrest was discovered. Chief Deputy Creed Hashe told the station that the store's owner had asked a Pickens County judge for the warrant years ago when Finley didn't return her video.

Hashe said Finley had been sent several certified letters asking her to turn herself in.

Finley spent the night in jail because her bond hearing couldn't be held until Friday morning. A judge released her on $2,000 bond.

Efforts to reach out to Finley via social media were unsuccessful early Monday. But a woman identifying herself as Finley, and whose profile picture appeared similar to Finley's mug shot, took to Fox Carolina News Facebook page on Saturday to defend herself.

She said that after renting the movie she had to move out of state because of her husband's job and that she simply forgot about it.

"I'm no criminal, but Pickens County Sheriff's office sure made me feel like I was," she wrote.

She said she never received any letters from the sheriff's office, while striking back at people who had made negative comments on the Fox post.

"If I had, it would have been taken care of immediately," she wrote. "Some of you need to quit (judging) like you are. This is a bogus charge and everyone knows it."

For Finley, it's no laughing matter. But that didn't stop folks online from commenting on the ridiculousness of it all.

"They should sentence her to time already served," wrote one CNN commenter. "She'll never get the 2 hours she spent watching that movie back."

Others were taking shots at what they felt was an overreaction by law enforcement.

"Wait till they find out that she forgot to REWIND the tape!!!" annother commenter wrote.

The Pickens County Sheriff's Office did not immediately return a call seeking comment.