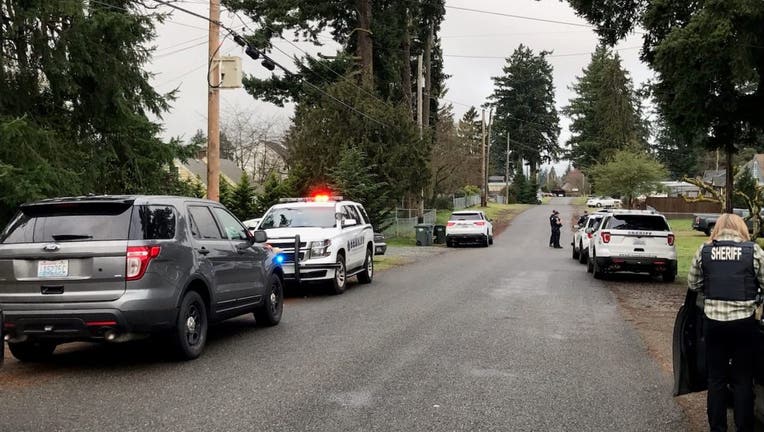 Before 7 a.m., person called to report that a family member had been shot at a home in the 700 block of Polk Street South.

When deputies arrived at the scene, they found a 30-year-old woman with a gunshot wound to her chest. She was taken to a hospital and is stable.

Detectives said deputies are searching for a suspect, and the suspect and victim know each other.

According to the Pierce County Sheriff’s Office, there was a 6-month-old child inside the home during the time of the shooting and the child is now in protective custody.

The Pierce County Sheriff's Department is investigating after a man was found lying in the street with a gunshot wound.