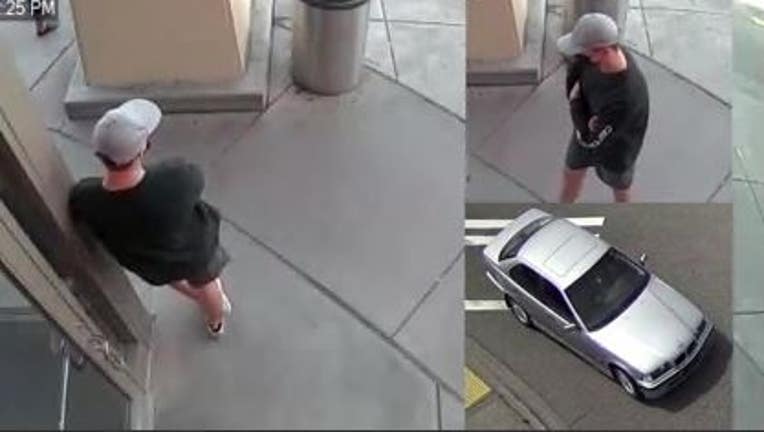 Investigators said two of the most recent assaults occurred on April 29, within 30 minutes of each other.

FEDERAL WAY, Wash. - Federal Way police are actively searching for a man suspected of sexually groping and assaulting multiple women while out shopping.

Investigators said two of the most recent assaults occurred on April 29, within 30 minutes of each other.

Leah H. said she was attacked by the suspect. When asked how much she would like to see him caught, she said, "So badly. I’m trying to catch him myself!"

Leah said she has been upset ever since the incident. She explained it was the day before Easter when she was about to walk into Walmart in Federal Way.

"I feel somebody hit me really hard. I mean, lunged my whole body forward. And by the time I turned around, he was so far down the parking lot there was absolutely no way I was going to catch him," said Leah.

Police said he got away in a silver four-door BMW with no license plates, just a temporary tag taped to the inside of the back window. Leah said she got a good look at him before he took off.

"How tall he was, how thin he was, how fast he was, what he was wearing—I got all of that," said Leah.

Standing at about 6’3, the suspect was last seen on surveillance video wearing dark gray shorts, a black long-sleeved shirt with white letters on the left sleeve and a light-colored hat.

Police said he and his car fit the descriptions of the most recent assaults on April 29. Investigators said the suspect grabbed a woman’s chest in the parking lot at Target of the Commons Mall. They said 30 minutes later, he slapped another woman’s backside across the street at Ross.

"This isn’t an isolated incident. It’s a serial type of incident. So, I feel like more women should come forward because they may have seen something that one of us didn’t that could catch him," said Leah.

Investigators said they’re concerned more women may have encountered this serial groper and need to stop him before he strikes again.

She has been working closely with detectives to help provide information. Leah said she was slapped so hard a handprint was left behind. While that has physically healed, she said the emotional scars won’t until he’s caught.

If you recognize the suspect, the BMW he drove, or know anything at all that can help Federal Way Police identify him, use the P3 Tips app on your smartphone, or call the hotline at 1-800-222-TIPS(8477) to submit the information to Crime Stoppers of Puget Sound.