While observers were paying tribute to fallen service members this Memorial Day, a thief smashed a car window and made off with a woman's purse at Arlington Municipal Cemetery.

ARLINGTON, Wash. -- While observers were paying tribute to fallen service members this Memorial Day, a thief smashed a car window and made off with a woman's purse at Arlington Municipal Cemetery.

"I didn’t realize that people could be like that."

Now, Marci Florillo's purse is much smaller today than it was a week ago. 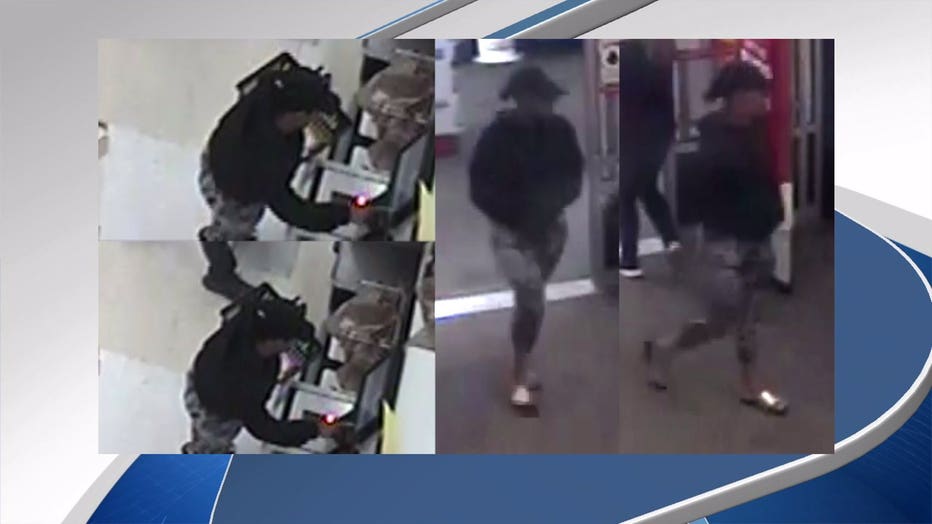 When Q13 News met with her in downtown Seattle, a much bigger city than she is used to, she was frustrated, almost lost in her thoughts.

“That’s pretty low I just, I didn’t realize that people could be like that. Now I do.”

"We were also turned facing the flag..."

That something as dishonorable as a thief breaking into her car, stealing her purse, could happen in her quiet city at the Arlington Municipal Cemetery, on Memorial Day.

“Someone could smash a window and that we couldn’t hear that from where we were, we weren’t that far away.”

It was supposed to be a time of reflection of their sacrifice and honor.

“We were all focused on the band playing the national anthem, and then they were playing 'Taps' and stuff like that, and we were also turned facing the flag and the service that was going on.”

Marci  stood there alongside so many others with heavy hearts and a sense of profound gratitude to fallen soldiers, not knowing that attending would make her a target.

“Just disappointed that would happen at the cemetery and kind of taint that whole experience.”

Marci acted quickly, cancelling her cards, hoping the suspect would be stopped in her tracks. The thief  was denied when she tried to put $500 onto a pre-paid gift card at a Fred Meyer store in Marysville. An even bigger blow may have been when she attempted to buy a box of Reese’s Pieces candy, and you guessed it, was denied.

“They didn’t actually get anything from me. I had no cash, my credit cards were all declined.”

So now reeling with her own denial, Marci digs, trying to understand how someone would do something so low.

The suspect in this theft is described as a medium to heavy build, adult woman in her 20s or 30s. She was wearing a dark baseball hat, black jacket, gray and black camouflage leggings, and flip flops.

If you can identify the suspect, please submit an anonymous tip to Crime Stoppers of Puget Sound at www.P3Tips.com or via the P3 Tips App that you can download to your phone for free. There is cash reward of up to $1,000 if your tip leads to an arrest in the case.