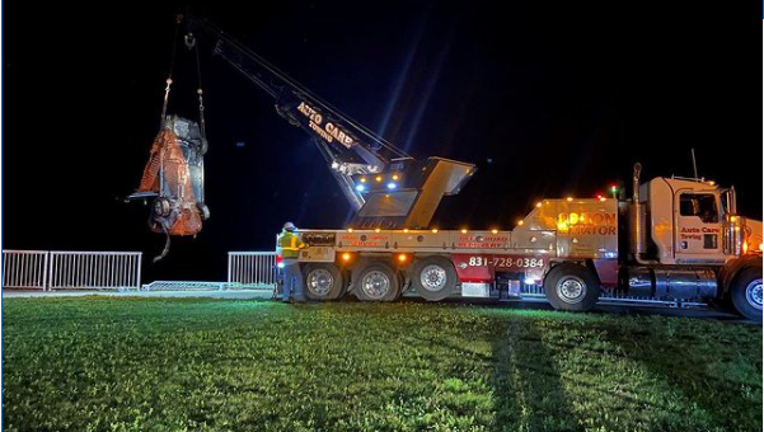 SANTA CRUZ, Calif. - A woman was rescued after driving off a Santa Cruz cliff when a stranger opened her car door on Thursday, police said.

She was parked in the lighthouse parking lot and got understandably jittery when a "random person" mistakenly opened her car door, the department's Instagram post stated on Friday.

Santa Cruz Police Chief Andrew Mills told KTVU that this was an "honest mistake" by the person who made a "completely innocent" error by opening the woman's car door.

The stranger thought he was opening his wife's car, which was parked nearby and was similar to the woman's, police said.

The driver suffered an injury to her foot.

Police posted a photo of a crane hoisting her car up from over a ledge.