After missing a month, Detroit mother of 4 found dismembered in bags at boyfriend's house

Gwen Parks remembers the happy times. The grandmother of Latima Warren's older kids says her loved one was a mom of four with a sweet soul.

Gwen Parks remembers the happy times. The grandmother of Warren's older kids says her loved one was a mom of four with a sweet soul.

"She was a sweet, bubbly person she would just give you the shirt off her back," Parks said.

But now Parks has to have an unimaginable conversation. Warren is a mother of four, with the youngest just three months old.

"I’m going to have to tell these kids that their mother was killed," she said, fighting back tears.

Parks is the mother of Warren's ex-boyfriend. Parks says she first knew something was not right when she stopped by the home Warren and her boyfriend shared near Tireman and Vaughan on Detroit's west side late last month.

"He told me he hadn’t seen 'Tima in four days and you didn’t call anyone you didn’t say anything to anyone," Parks said.

So Parks filed a missing persons report, put up fliers, and called the police every day.

"I still want to let her know when it’s all said and done, I did not give up looking for her, I knew she was out there," she said.

Then on Monday and Tuesday, Parks says investigators found Warren's dismembered body in bags scattered around the couple's home. Investigators say a child was home at the time.

"I don’t want to picture of her being cut up and mangled by the guy," Parks said. "The pain she had to be going through.

"This is not a human that would do something like this to a person."

Police arrested Warren's boyfriend and are calling him a suspect. Now as the grief sets in, Parks says she will always remember her sweet smile and loving heart.

"It means a lot to me to have closure," Parks said. "I know people go years without finding their loved ones and this is not how I wanted to find her, but I did not want to give up looking for her."

A search group found bags with the mom's clothes in the backyard on Sunday. They called police who came with a warrant and found her remains the next day.

The family has set up a GoFundMe page for donations HERE. 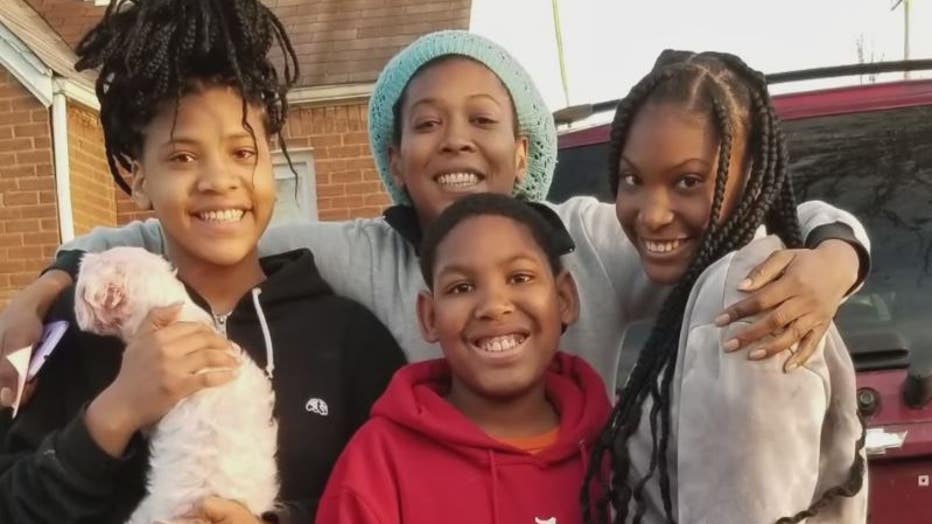