LYNNWOOD -- A 43-year-old woman from Brier was found dead in a hotel parking lot early Thursday morning and police are saying that her death is suspicious.

Police know the woman's identity, but have not released it at this time. They believe she fell -- or was pushed -- out of a fourth-story window at the Extended Stay America at 3021 196th Street SW. The woman was the only person registered in the room. 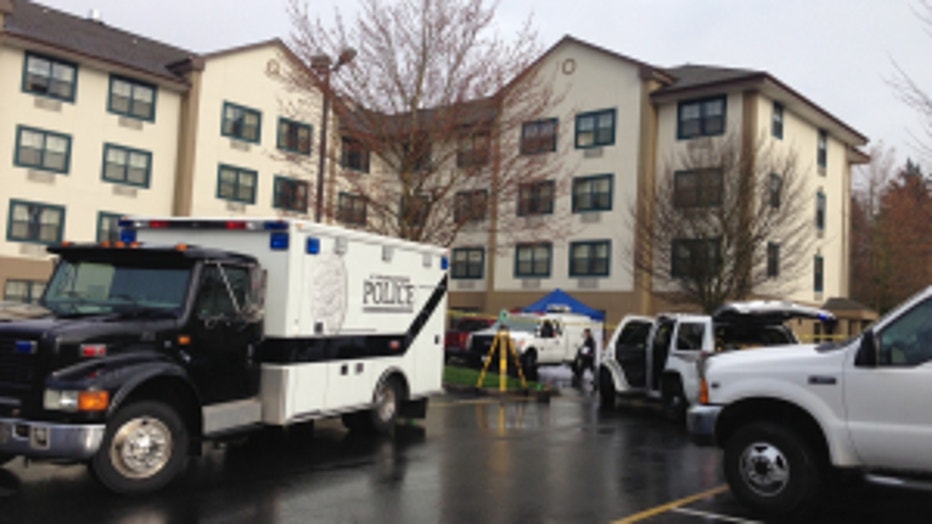 Shortly before 6 a.m. a jogger who is also staying at the hotel discovered the woman's body in the parking lot and called 911. The jogger told the dispatcher that he thought the woman had been shot, but when police arrived they realized that she had not been shot.

Police are continuing to investigate the incident and more information will be posted here as it becomes available.

Anyone with information is asked to contact Crime Stoppers of Puget Sound 800-222-TIPS or send a text by entering the number 274637 in the "to" line and type in Tip486 and your message in the body.