A woman found her pair of cows making a filthy mess after they broke into her home in Sprent, Tasmania, on July 28, 2021. Credit - Chelsea Hingston via Storyful

SPRENT, Tasmania - A woman in Tasmania came home to find her unruly pair of cows had broken into her home and trashed the place, as seen in a now-viral video on TikTok.

Chelsea Hingston, who lives in Sprent, Tasmania, told Storyful that she locked her two cows named Sob and Bandit in the backyard on July 28 after a storm hit the night before and damaged the cattle’s corral.

Hingston said when she left the next morning, the one-year-old cows pushed their way into her home on the Australian island state. She came home to find the place trashed, including what appears to be piles of manure on the floor and debris scattered throughout the living room.

Hingston said the two cows immediately walked out after she gave them a scolding and called out their names. 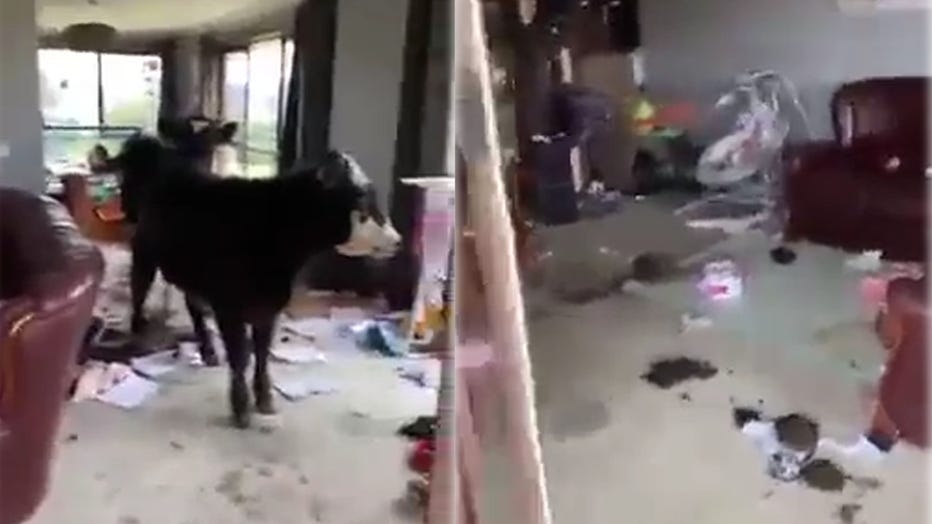 The woman said she lost a considerable amount of clothing, plants and toys. She also has to get a new flooring installed, Hingston told the Daily Mail Australia.

The cows left more than $15,000 in estimated damage, which includes the cost of carpet repairs and replacing broken items.