Kevin Kinard, a 33-year-old from Arkansas, found the second-largest diamond ever found in Crater of Diamonds State Park's 48 year history.

MURFREESBORO, Ark. - A fortunate diamond hunter found exactly what she set out to do when she visited Crater of Diamonds State Park in Murfreesboro, Arkansas.

According to park rangers, Noreen Wredberg of Granite Bay, Calif., found the 4.38-carat yellow diamond sitting on top of the ground about an hour into her search.

According to the park’s news release, Noreen and her husband, Michael, are retired and have spent much of their time visiting national parks. They stopped at Hot Springs National Park in Arkansas and then decided to check out Crater of Diamonds State Park. 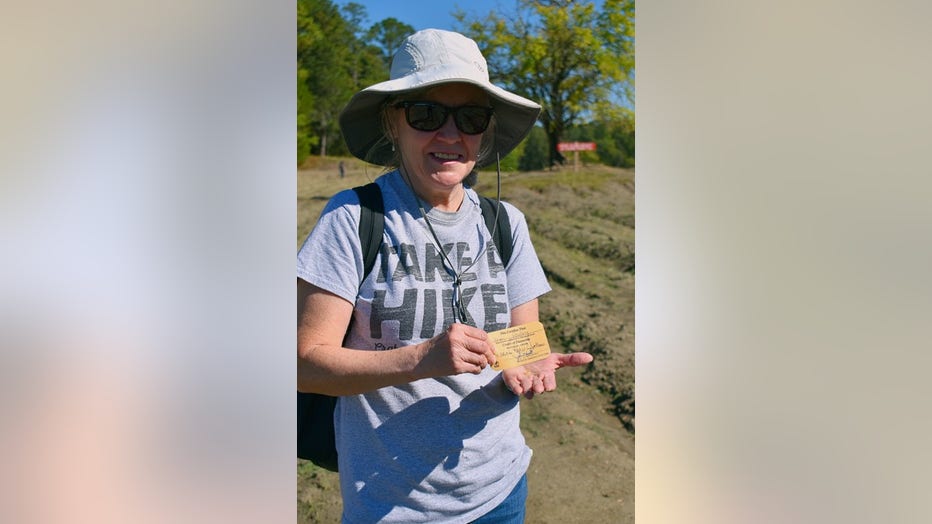 The park is open for the public to come and search for diamonds.

The couple came to the state park on Sept. 23.

"It was cold in the shade that morning," Michael said to park officials. "So I told Noreen that we should go to the middle of the field, where it was warmer."

And that move paid off as Noreen found the precious gem. 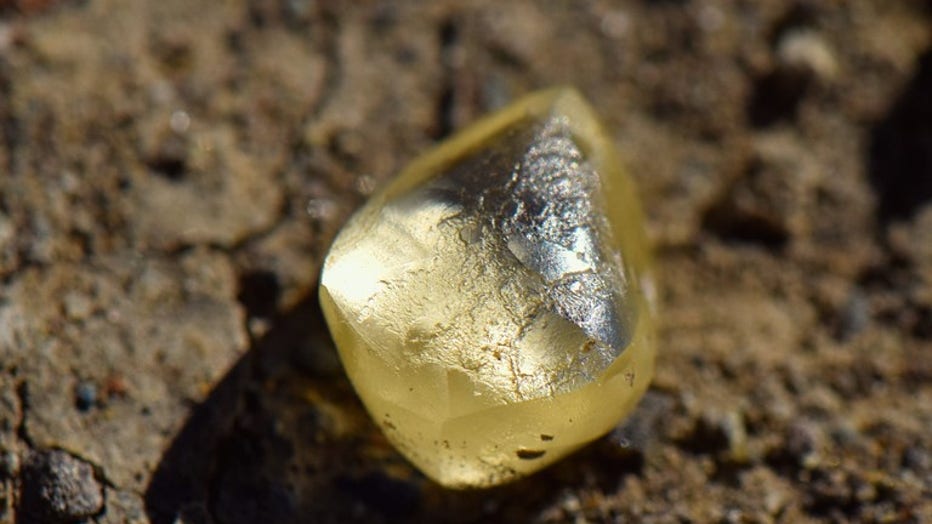 "I didn’t know it was a diamond then, but it was clean and shiny, so I picked it up!" she said to park officials.

Finders are able to name their diamonds. Noreen named hers "Lucy’s Diamond" after her husband’s kitten.

"The name is sentimental to us" she continued. "Lucy is mostly gray but has slight tints of yellow in her fur, similar to the light yellow of my diamond."

Park rangers said Noreen said she doesn’t know how much the diamond is worth or what she will do with it.

According to the park’s website, over 75,000 diamonds have been found at the park since the first diamonds were discovered in 1906. The largest diamond— a white diamond with a pink cast weighing 40.23 carats— was found in 1924 during an early mining operation. In 2020, Kevin Kinard, of Maumelle, Ark. found the second-largest diamond— a brown gem weighing 9.07 carats.