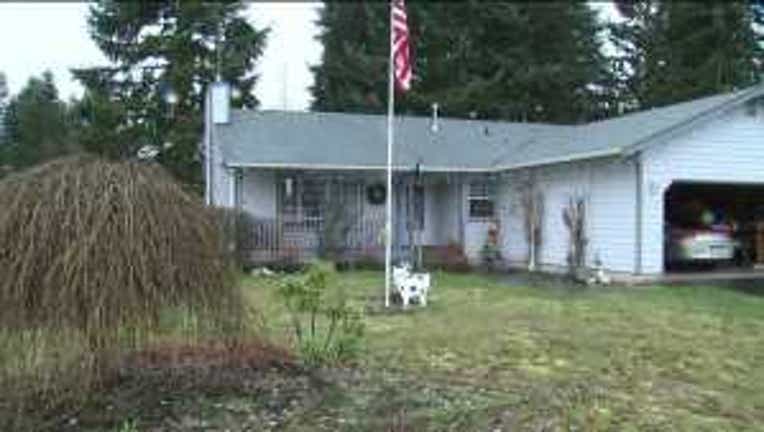 YELM, Wash. -- An elderly woman in Yelm wondered why her house was still cold after having a new furnace installed. Was the furnace broken? Was there something wrong with the gas line?

No, a repairman told her, he found something much worse: There was a person living in her crawlspace – someone who had cut the duct to divert the heat and keep warm.

"He said, 'Somebody's been living under your house.' I said, you’ve got to be kidding me?” homeowner Velma Kellen said Tuesday in an interview.

Kellen had a handyman put locks on all her gates Tuesday. She said she now believes whoever was squatting underneath her home was slipping in through one of the gates.

To get into the dirty, wet crawlspace, the person had to slide through a 2-square-foot opening in the back of the house.

Kellen said she would have never known someone was living under her house if the heat had been working.

“This part of the house was cold!” she said.

She called a repairman to check out the problem and he came back to her door carrying a beer can.

“I thought, what are you doing, drinking on the job?”

The repairman then told her what he found and said her visitor had left a pile of beer cans and liquor bottles underneath her home. The person also cut the air duct, siphoning off her heat.

Kellen said she doesn’t know how long the person had been staying, but for the past few months she’d noticed her gates were left open. And, she said, she often smelled marijuana inside the house, but couldn’t figure out its origin.

No one ever came inside her house and nothing was stolen. Kellen thinks her dogs might have kept her unknown housemate from getting too comfortable.

On Tuesday, handymen replaced the crawlspace cover and put a lock on the crawlspace opening. And, Kellen said, she’s glad to have the place back to herself.

“I’m still not really scared,” she said. “It’s kind of a weird experience is all it is.”

Police said they believe it was a younger transient who was using the crawlspace as a place to eat and drink at night, but not permanently living there.