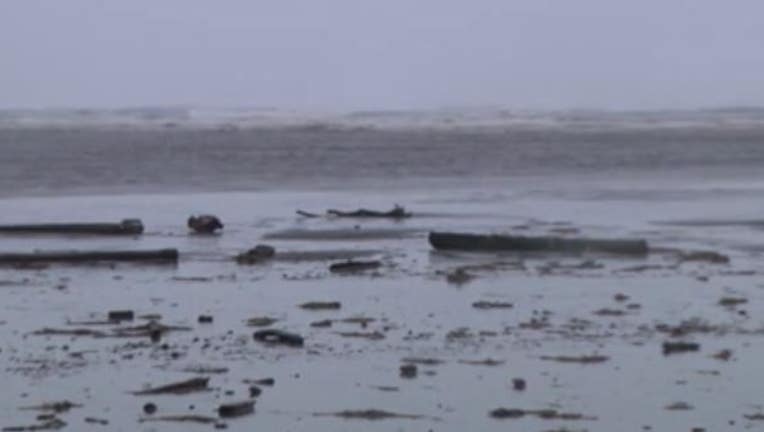 PACIFIC BEACH, Wash. - An Oak Harbor woman died over the weekend when a rogue wave knocked her to the ground and pushed a log on top of her, according to the Grays Harbor County Sheriff's Office.

The 54-year-old woman and her husband were walking on the beach close to Pacific Beach State Park on Sunday morning  A large set of waves came in and the couple stood on top of a log to avoid the waves, according to the sheriff's office.

Then, a large wave came in and knocked both of them off the log and the log rolled over them, the sheriff's office said.

Deputies say the woman's husband suffered a serious leg injury and the woman initially had several areas of trauma.

She succumbed to her injuries on the way to the hospital.

When the couple was knocked over, those nearby rushed to their aid and brought them to dry land. One person performed CPR on the woman while waiting for emergency responders.

"This is a tragic accident that occurred after an unforeseen act of nature. Our sympathy goes out to the friends and family of the deceased. I also appreciate the citizens who jumped into action and went to help the couple. Large tides and winter weather can create rogue waves. They are rare and unpredictable and can impact with tremendous force.  We encourage people enjoying the beach to be aware of your surroundings and keep an eye on the water," Undersheriff Brad Johansson said in a statement on Facebook.