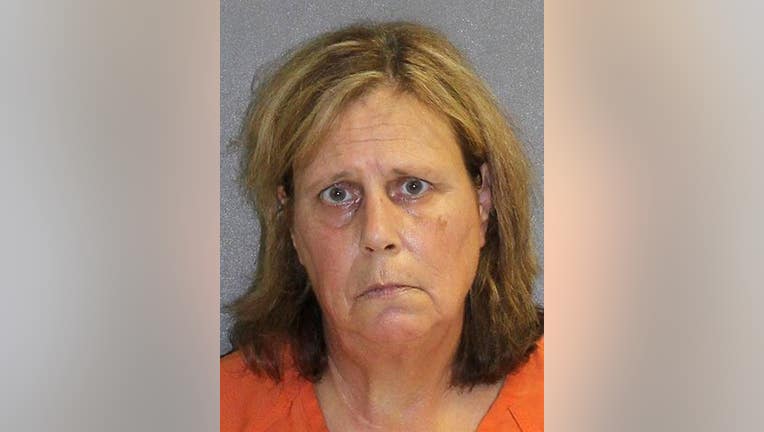 
A retired nurse in Florida is accused of killing her husband while he lay in his hospital bed. Staff at Florida Hospital Memorial Center in Daytona Beach tell police they saw Jan Sochalski, 61, lying across the chest of husband Henry Sochalski, 64, and pinching his nose, reports People.

He died soon after. Two other allegations in the arrest report: The button on the machine that dispensed pain medication had been pressed 264 times over eight hours, allegedly by Jan Sochalski; it's supposed to be pressed just six times an hour, and a safety mechanism kicked in to prevent excess doses.

Also, nurses say Sochalski, who previously worked as a nurse for 40 years in New Jersey, requested a drug for her husband that would have dramatically slowed his breathing.

"She was asking for medication that would hinder his breathing instead of helping his breathing," says a police spokesman, per WKMG. Henry Sochalski initially went into the hospital for elective back surgery, but he suffered respiratory and cardiac arrest afterward, and required a tracheotomy, the News-Journal reports.

Jan Sochalski was so angry over what she perceived as poor care that she threatened to shoot everyone on the floor, say investigators. After her husband's death, she called the medical examiner's office to learn if her husband had been brain dead, telling a staffer "she wanted to be sure she had made the right decision," according to the newspaper.

The cause of death was asphyxia, and Sochalski has been charged with second-degree murder. (This mother admitted giving her disabled daughter a fatal overdose.)

This article originally appeared on Newser:Woman Allegedly Murdered Husband by Plugging His Nose