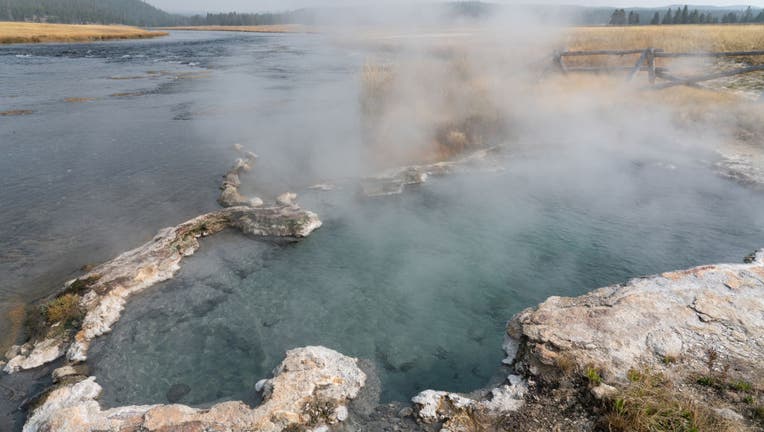 YELLOWSTONE NATIONAL PARK, Wyo. - A woman from Washington suffered burns from her shoulders to her feet when she tried to rescue her dog from a Yellowstone National Park hot spring.

Park rangers and firefighters cared for the 20-year-old woman before she was taken to the burn unit at Eastern Idaho Regional Medical Center in Idaho Falls, park officials said in a statement Tuesday.

The woman’s name, intensity of her burns and condition weren’t released after she was burned Monday afternoon in the Madison Junction area.

The woman and her father had stopped to look around when their dog jumped out of their car and into Maiden’s Grave Spring near the Firehole River. After the woman tried rescuing the dog, her father pulled her out of the spring and drove her to West Yellowstone, Montana.

Somebody rescued the dog and the father said he planned to take it to a veterinarian, park officials said.

She was the second woman burned in a Yellowstone thermal feature in recent weeks.

A park concessions employee suffered second- and third-degree burns to 5% of her body near Old Faithful Geyser in September, park officials said.

Yellowstone has more than 10,000 thermal features, which can be as hot as 280 degrees Fahrenheit (138 Celsius).