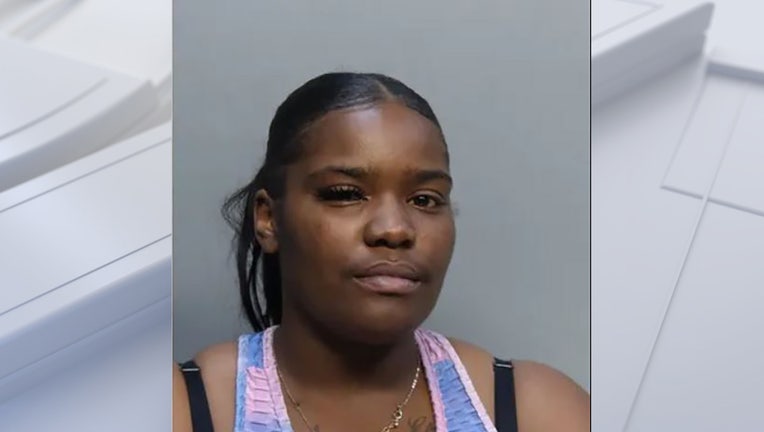 American Airlines is vowing to work closely with law enforcement after an Alabama mother was caught on video throwing a computer monitor at one of its gate attendants at Miami International Airport this week.

Camilia McMillie had her bond set at $4,500 after appearing before a judge Wednesday, jail records show. The 25-year-old is charged with aggravated battery, criminal mischief and disorderly conduct following the incident that unfolded Tuesday after she lost track of her children, investigators said.

"Acts of violence against our team members are not tolerated by American Airlines and we are committed to working closely with law enforcement in their investigation," the airline said in a statement. "Our thoughts are with our team member, and we are ensuring they have the support they need at this time."

The Miami-Dade Police Department said McMillie, of Birmingham, was traveling to New York City and checked into her flight at gate D-39 after being rebooked for missing her previous flight.

"While the subject was with the gate agent, her two minor children walked away without notice to use nearby restrooms," police said in a statement. "Once the subject noticed the children were not with her, she became irate and began to scream, demanding the gate agent to find her children."

(Warning: Explicit language in tweets below)

Investigators said McMillie then "pulled the boarding pass reader off the wooden counter, damaging the equipment and countertop area" and "as she continued to scream, she then grabbed the computer monitor and threw it at the gate agent, striking her in the shoulder."

A video captured by a witness shows the gate attendant – who is wearing festive reindeer antlers – bracing for cover as the monitor is hurled in her direction. Other footage reportedly shows McMillie knocking electronics to the ground.

A police affidavit obtained by FOX Business said the American Airlines employee suffered a bruise to her right shoulder, while McMillie is believed to have caused over $10,000 in damages.