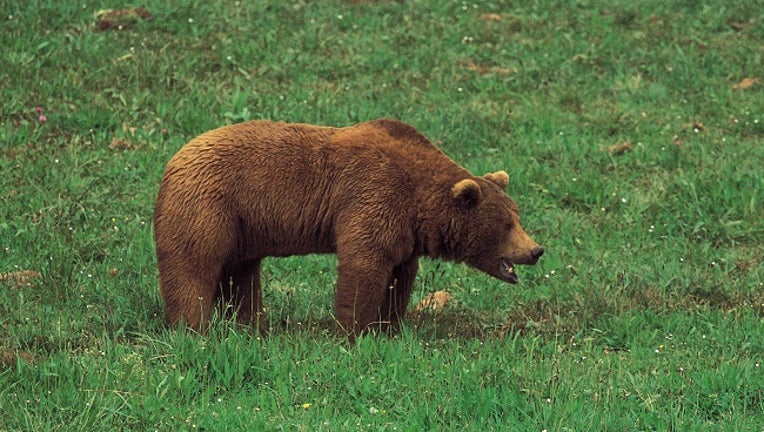 ANCHORAGE, Alaska -- A female jogger who was slashed on her head and arms by a mama grizzly while running on Joint Base Elmendorf-Richardson managed to walk more than a mile to get help, The Anchorage Daily News reported Monday.

The woman, who asked that she not be identified, was in stable condition at Alaska Native Medical Center Monday, the newspaper said.

According to the Daily News, the woman was running on a popular training route on the base far behind her soldier husband on Sunday when a mama bear and two of her cubs came out of the trees just as she ran by.

"Even if she had bear spray or some other protection, there was no time," Mark Sledge, senior conservation officer at the base, told the newspaper.

Sledge estimated the size of the bear at seven to eight feet tall, based on the size of her tracks.

After the attack, the woman, bleeding from slashes to her neck and arms, walked a mile or more uphill to a highway where a passing driver picked her up and took her to the base hospital.

The woman's husband did not see the attack and reported her missing when he noticed she was not coming up behind him and he could not find her on the trail.