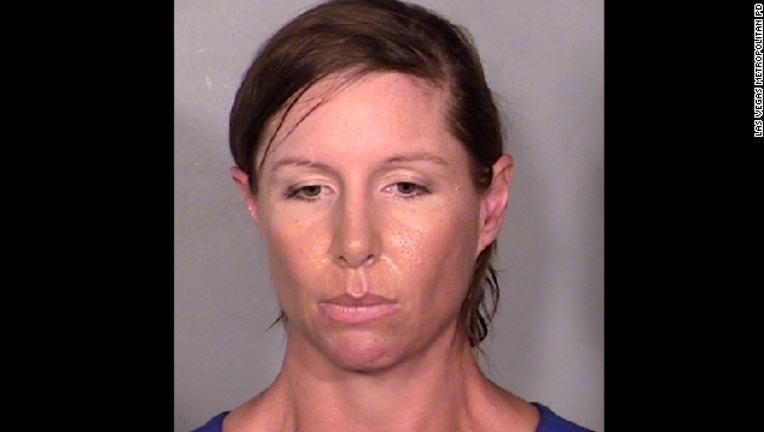 Alison Ernst, 36, is accused of being the woman who threw a shoe at Hillary Clinton while Clinton was giving a speech in Las Vegas Thursday. Authorities said she simply appeared "to be in an agitated state," but did not say why. (Photo: Las Vegas Met

LAS VEGAS, Nev. (CNN) -- Las Vegas police are pursuing disorderly conduct charges against a woman who allegedly threw a shoe at Hillary Clinton during a speech on Thursday.

Alison Ernst, 36, did not have a ticket to the event at the Mandalay Bay hotel-casino featuring the former first lady and ex-secretary of state, and Secret Service agents assigned to protect her noticed her as she eluded hotel security, according to a U.S. law enforcement account of the incident.

As Secret Service and hotel security approached her, she threw a shoe, which missed Clinton, who had ducked.

A Las Vegas police report said she took the shoe from her purse and that after she was detained, “Ernst appeared to be in an agitated state but aware of what she had just done.”

A U.S. law enforcement official said federal prosecutors in Las Vegas declined to press charges, and Ernst was turned over to local authorities.

Ernst has been released with orders to return for a June 24 court date.

Las Vegas police released a booking photo of Ernst. She is pictured with brown hair but can be seen in video footage of the incident wearing what appeared to be a blonde wig.

Clinton ducked as the shoe flew past her, then joked about the incident before delivering her address to a recycling trade group.

"My goodness, I didn't know solid waste management was so controversial," she quipped.

"Thank goodness she didn't play softball like I did," she added.

Mark Carpenter, spokesman for The Institute of Scrap Recycling Industries, said the woman was not affiliated with his group and she "must have slipped under the rope at the last second."

Clinton's appearance is the latest in a series of high-profile speaking engagements for the former secretary of state since leaving the Obama administration.

She is considered the overwhelming favorite for the Democratic nomination in the 2016 presidential race, if she decides to run. 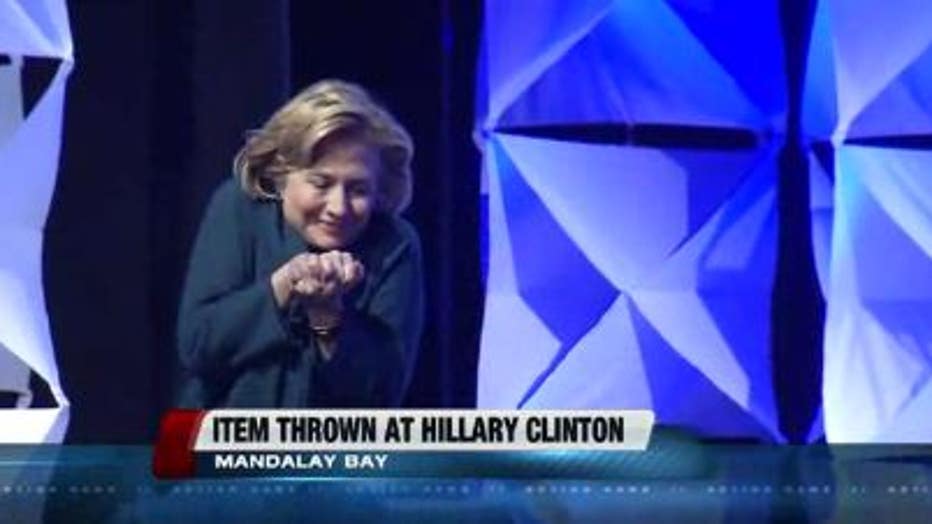 Hillary Clinton goes into defensive position after a woman threw a shoe at her while she was giving a speech in Las Vegas Thursday. (Photo: Screen grab from KTNV-TV video)