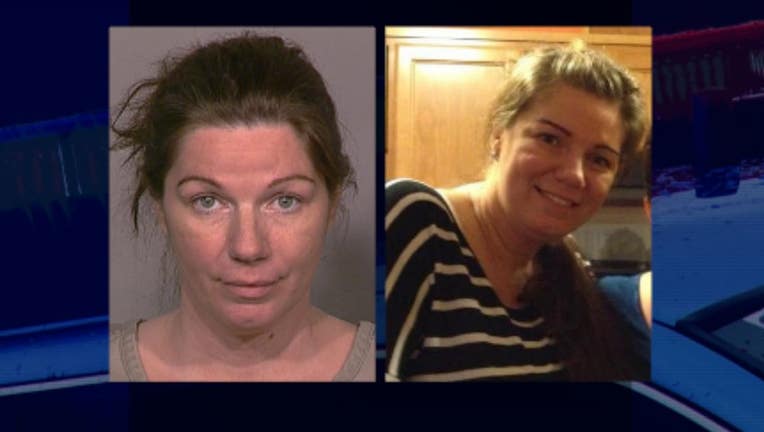 CAPTURE UPDATE: Manda Anderson was booked into the Pima County Jail in Tucson, Arizona on March 13, 2015. She is being held on 21 charges and $25,000 bail. The Pierce County Prosecuting Office says her charges in Arizona are similar to the charges she has in Pierce County. FUGITIVE WANTED IN PIERCE COUNTY December 2, 2015 -- The Pierce County Sheriff’s Department is attempting to locate suspect Manda Anderson, who is being investigated for stealing over $12,000 from multiple families in a house rental scam. There is an unrelated active felony warrant for Anderson’s arrest for Theft in the 2nd degree. On Monday December 1st, 2014, six different families contacted the Pierce County Sheriff’s Department to reporting to be victims of a rental scam.  Two weeks earlier, all of the victims had responded to a posting on Craigslist advertising a house for rent on 139th Ave. Ct. E. in the Puyallup area.  The victims each met with the homeowner (Manda Anderson), toured the residence, and filled out a rental application.  All of the victims gave Anderson a cash deposit of at least $2000 and agreed to move in to the residence on December 1st. On December 1st, all of the victims attempted to move into the residence, but were unable to gain access to the house or get in contact with the homeowner.  The victims learned from neighbors that the house was in foreclosure. Suspect Manda Anderson is a white female, 38 years old, 5’9” tall, 230 lbs., with brown hair and green eyes.  She is known to also use the names “Lynn Anderson” and “Manda Miller”. If you know where she is, call an anonymous tip into: CRIME STOPPERS: 1-800-222-TIPS You must call the Crime Stoppers hotline with your tip to be eligible to receive a cash reward for information leading to a fugitive’s arrest. Click here for information on how to text a tip to Crime Stoppers.