(CNN) -- Reporter Francis Scarcella walked into the Northumberland County Prison in Sunbury, Pa., with plenty of questions for the woman accused along with her husband of luring a man with a Craigslist ad, then killing him. 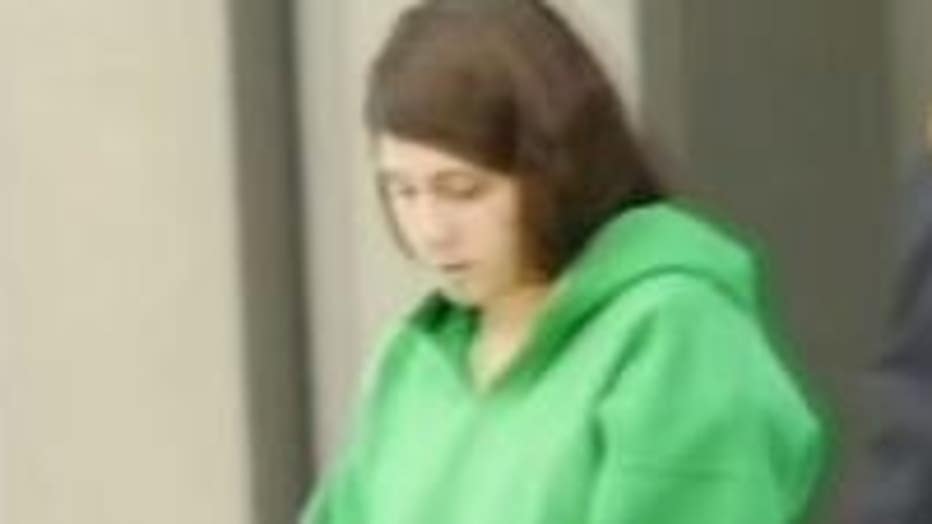 He walked out with a bombshell of a story that's sent police and the press alike scrambling for answers.

Miranda Barbour told Scarcella, a reporter for the Daily Item newspaper in Sunbury, that she'd killed before. And not just once or twice.

"She said, she has, you know, done this before," Scarcella told CNN affiliate WNEP of his Friday interview with the 19-year-old murder suspect. "And I said, 'What's the actual number?'"

"And she said, 'Under a hundred,'" Scarcella told the station. Barbour said she had stopped counting at 22 killings, according to Scarcella's story in the Daily Item.

"She kind of floored me," Scarcella told CNN affiliate WBRE.

Barbour told the Daily Item that the killings occurred over the past six years in Alaska, Texas, North Carolina and California. That's sent investigators in those states back to their cold-case files, but it's also raising questions among people who study serial killers.

"Anything is possible, and of course it's conceivable that she's a serial killer," Northeastern University criminologist Jack Levin told CNN. But he said few women are serial killers, and those few are typically older and don't use knives, as Barbour is accused of doing in the Pennsylvania case.

Authorities haven't yet corroborated any of Barbour's claims, including statements that she was involved in satanism. Her alleged confession has raised questions among attorneys, missing persons experts and even a representative of the Church of Satan, the nation's largest satanic body.

"Thorough investigation will likely demonstrate that this cult story is fiction," said Peter Gilmore, the New York-based head of the Church of Satan.

In Alaska, state police are looking into the claims and will pursue "any leads that may present themselves," Department of Public Safety spokeswoman Megan Peters told CNN. And Monica Caison, the founder of a missing persons center in North Carolina, said her phone started ringing Sunday night with questions from families whose loved ones haven't turned up in years.

In the one case in which authorities say they have pinned down Barbour's involvement, she and her husband, Elytte Barbour, 22, are accused of killing 42-year-old Troy LaFerrara, who police say responded to a "companionship" ad placed by Miranda Barbour on Craigslist.

The couple just wanted to kill someone together, police said. They had been married for only three weeks at the time of the slaying, and had moved from North Carolina to Pennsylvania after tying the knot.

Police say Elytte Barbour strangled LaFerrara in the front seat of her red Honda CR-V while Miranda Barbour stabbed him at least 20 times in November 2013. LaFerrara's body was found the next day in the backyard of a home in Sunbury, a small city about 100 miles northwest of Philadelphia. The last number dialed on his cell phone led police to the Barbours, according to authorities.

Barbour claimed she began killing when she was 13 and involved in a satanic cult, Scarcella reported.

"I can pinpoint on a map where you can find them," he quoted her as saying of the bodies. But she said LaFerrara's killing was the Barbours' first as a couple.

Elytte Barbour told police at the time of his arrest that he and his wife had tried to kill others, but the plans didn't work out.

Both Barbours face several charges in LaFerrara's death, including murder. Despite Miranda Barbour's statements to Scarcella, both have pleaded not guilty.

Barbour's attorney, public defender Edward Greco, told CNN he didn't know she was planning to give the interview. He declined to comment on her claims.