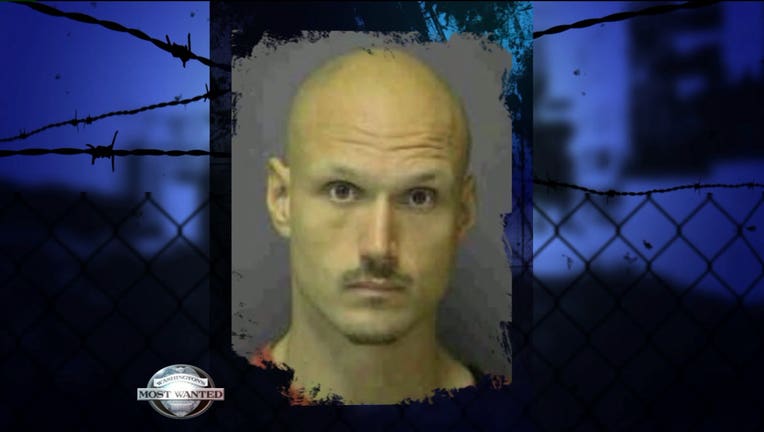 FUGITIVE CAPTURED July 23, 2015 -- The U.S. Marshals Pacific Northwest Violent Offender Task Force says it completed 'Operation Typhon' with the arrest of Nicholas Brown by the Sedro Woolley Police Department and Skagit County Sheriffs Office. He was wanted by the Skagit County Sheriff’s Office for Failure to Register as a Sex Offender. U.S. Marshals say Washington's Most Wanted viewer tips led directly to Brown's arrest on Thursday where the task force says Brown attempted to hide in an attic and a subsequent search warrant revealed he was in possession of four firearms. With a prior conviction, Brown will likely face a new charge of Felon in Possession of a Firearm. He was booked into the Skagit County Jail. He is WMW Capture #651. In April 2014, the United States Marshals Service began 'Operation Typhon' with the assistance of state and local partners to locate and apprehend ten of the worst non-compliant sex offenders in Western Washington. The offenders were all wanted for Failure to Register as a Sex Offender from various jurisdictions throughout the state. FUGITIVE WANTED BY U.S. MARSHALS and DOC IN SKAGIT COUNTY March 13, 2015 -- Missing child rapist, Nicholas Brown, is failing to register as a sex offender in Skagit County after being convicted of molesting a five year old girl in Snohomish County in 2002. Marshals say he has ties to Western Washington but could be anywhere in the state. If you know where he’s hiding, call an anonymous tip into: CRIME STOPPERS: 1-800-222-TIPS You must call the Crime Stoppers hotline with your tip to be eligible to receive a cash reward for information leading to a fugitive’s arrest. CLICK HERE for information on how to TEXT A TIP to Crime Stoppers.