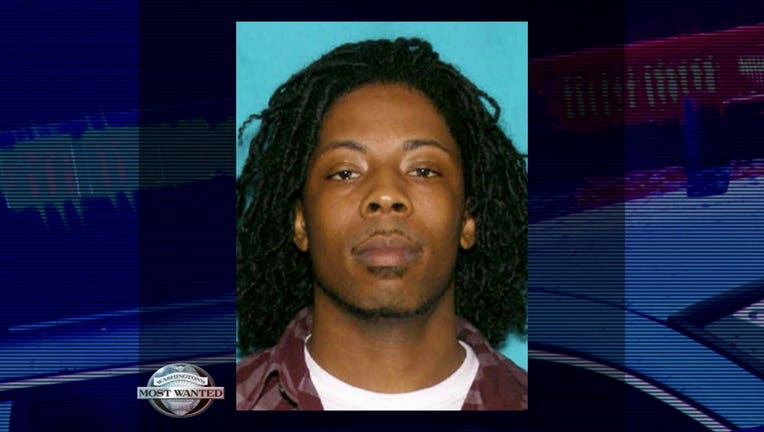 FUGITIVE CAPTURED March 12, 2015 -- Ballard drive-by shooting suspect, Nellow "King Nellow" Brown, was arrested Thursday morning by the U.S. Marshals Pacific Northwest Fugitive Apprehension Task Force in Covington thanks to Crime Stoppers tips from Washington's Most Wanted viewers. He is charged with firing almost a dozen shots outside Goofy's bar in February after he was teased about having evidence stickers on his car. He is WMW Capture 603! FUGITIVE WANTED BY U.S. MARSHALS IN SEATTLE February 27, 2015 -- A drive-by shooting outside a Ballard bar is what Nellow Brown, a.k.a. ‘KingNellow’ is wanted for by the U.S. Marshals Pacific Northwest Fugitive Apprehension Task Force. The shooting happened at Goofy's on February 3rd. Brown has warrants for the shooting and illegally having a gun. The task force says he hangs out in Des Moines, Kent and the Seattle area. If you know where he’s hiding, call an anonymous tip into: CRIME STOPPERS: 1-800-222-TIPS You must call the Crime Stoppers hotline with your tip to be eligible to receive a cash reward for information leading to a fugitive’s arrest. CLICK HERE for information on how to TEXT A TIP to Crime Stoppers.