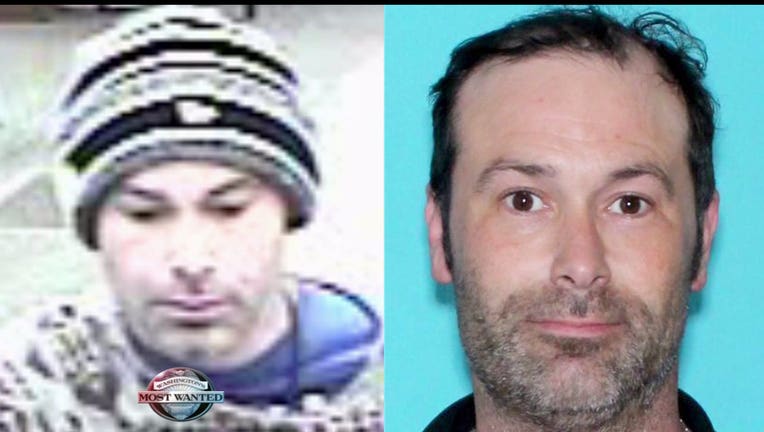 CAPTURE UPDATE November 20, 2014 -- Both accused 'Buddy Bandit' bank robbers wanted by Kent Police and identified by Washington’s Most Wanted viewer tips to Crime Stoppers have been located. Edward Vesey-Cooper was arrested driving a stolen car outside Las Vegas in Clark County, Nevada. He was arrested for Grand Larceny and is expected to be extradited back to King County to face Robbery and Fugitive charges. King County Prosecutors have declined to charge the man with him seen on camera robbing the U.S. Bank on Southeast 240th in Kent. A getaway driver has been identified but it is unknown at this time if she will be charged. Vesey-Cooper is the 576th Washington’s Most Wanted fugitive caught.