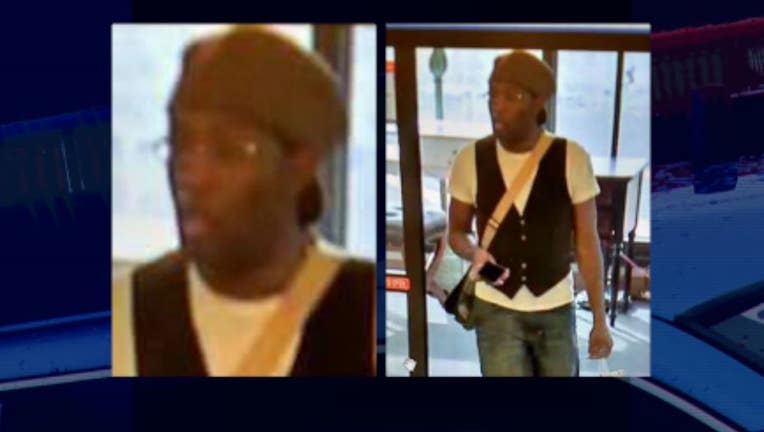 CAPTURE UPDATE: King County Prosecutors have charged Ellis Herd with two counts of Assault in the Third Degree after Seattle Police say he hit two employees of the Hobby Lobby store on Aurora Ave. N. on December 3rd. The attack was caught on video and Herd was identified thanks to Washington’s Most Wanted viewer tips to Crime Stoppers of Puget Sound. In court documents, Det. Dag Aakervik says one of the tips provided a telephone number for Ellis.  When he called him, Ellis told him he “knew he was featured on TV. He immediately admitted that he was the suspect involved at the Hobby Lobby. He admitted that he was attempting to shoplift at the store, but put the items back when confronted.”  Herd claimed one of the employees was harassing him and bumped into him so, “he turned and punched him in the face. He said when the female employee assaulted him he punched her in the head too.” He was released from jail on December 28th and is currently awaiting trial. His next case hearing in court is on January 28th. Herd is WMW Capture #720. FUGITIVE WANTED IN SEATTLE November 6, 2015 -- Seattle Police say the man in the brown vest and tan cap tried to steal about $245 worth of costume jewelry from the Hobby Lobby store on Aurora Ave. N. After he was confronted, the suspect left the merchandise on a shelf and headed out the door -- then turned violent when he heard the manager calling 911. “The suspect just turns around and decks him,” says Ret. Det. Myrle Carner with Crime Stoppers of Puget Sound.” You'll see him go down and he looks like he's totally knocked out. At this point the other clerk chases the suspect out the store. He turns around and decks her too. You see in the video where she's falls inside the door, falls to the chair and falls to the ground. By this time, the first victim gets up, he`s dazed, he runs out the store and you won`t see it on video, but he`s confronted one more time and the suspect takes his head and slams him into a car door, so all of these things combined together mean this guy's dangerous and we really want him.” The suspect was wearing glasses, is about 6’5” and was carrying a greenish, brown satchel.

If you know his name, call an anonymous tip into: CRIME STOPPERS: 1-800-222-TIPS You must call the Crime Stoppers hotline with your tip to be eligible to receive a cash reward for information leading to a fugitive’s arrest. CLICK HERE for information on how to TEXT A TIP to Crime Stoppers