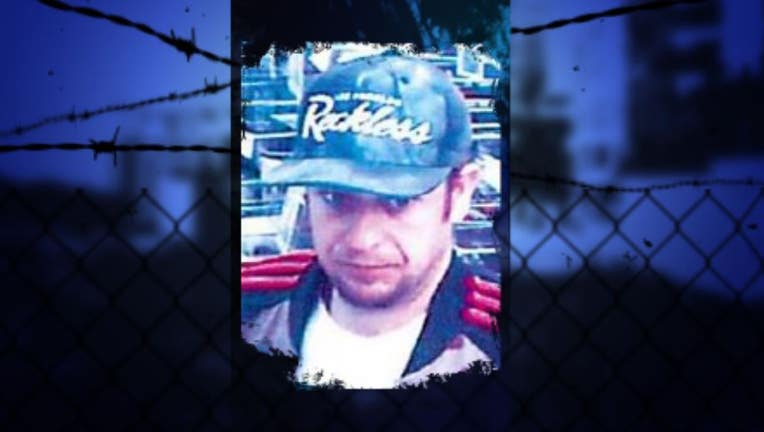 FUGITIVE UPDATE: Renton Police say WMW viewer tips helped identify the Fry's Electronics theft suspect as the same man who was arrested for shoplifting in Redmond on December 22nd. WANTED IN RENTON December 4, 2015 -- Renton Police are hoping you can identify a crook who is clearly reckless. The surveillance video from the Fry’s Electronics store in Renton shows a guy who is up to no good. “He’s wearing a hat with the word 'reckless' on it,” says Renton Police Cmdr. David Leibman. That hat’s a perfect description. Watch the video as he looks around to see if anybody is watching him. Little does he know the camera is following his every move. He opens the case and grabs two cell phones, then quickly stuffs them in his jacket, all the while pretending he's just shopping. He takes another look around, up goes his jacket zipper -- and he's off -- rounding the corner and then adjusting the phones so they don't fall out.

‘Reckless’ heads outside and this is where he really earns that nickname. He climbs in the backseat of a stolen SUV with another guy up front in the driver's seat. Store security had called 911 and it's not long before you see patrol vehicles pull up and order them to get out. The driver is smart and immediately puts his hands up, but ‘reckless’ isn't about to go to jail. He climbs in the front seat, then when he can't find the keys to start the SUV he opens the door and grabs them off the hood, then backs out, takes off and escapes. The officers weren’t going to put others in danger by engaging in a high-speed chase for a phone thief. They took the other suspect to jail, but say he claimed he didn't know “reckless’” name, so now they need your help. “We`ve put out the picture`s a couple of times, I think they`re pretty good pictures and so far we have not been able to identify him, so we`re really hoping that by putting this out people will recognize him and give us a call,” adds Cmdr. Leibman. Renton police say the suspect is in his 30's. In addition to that ‘Reckless’ hat, he was wearing a camouflage jacket with red strips on the sleeves and jeans that kept falling down. If you can tell Renton police who he is, call an anonymous tip into: CRIME STOPPERS: 1-800-222-TIPS You must call the Crime Stoppers hotline with your tip to be eligible to receive a cash reward for information leading to a fugitive’s arrest. CLICK HERE for information on how to TEXT A TIP to Crime Stoppers