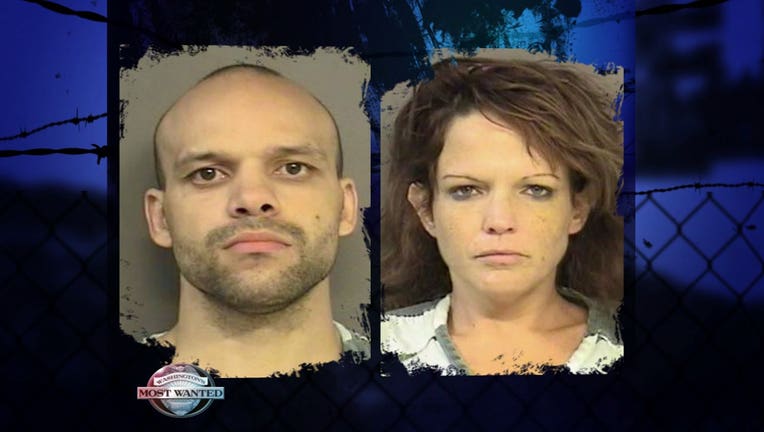 CAPTURE UPDATE April 13, 2015 -- Convicted felons Jumanee Jones and Amy Manus were both arrested last month by Tulalip Tribal Police thanks to Crime Stoppers tips sent to Snohomish County detectives. Jones is still in the Snohomish County Jail but Manus has bonded out. They are accused of being part of a fraud ring accused of stealing checks from a condo’s business office, then cashing them at several Safeway stores. A third woman linked to the case has been identified. FUGITIVES WANTED IN SNOHOMISH COUNTY and REDMOND -- Detectives in Snohomish County and Redmond need your help taking down a fraud ring accused of stealing checks from a condo's business office, then cashing them at several Safeway stores. Detectives think it started when convicted felons, Jumanee Jones and Amy Manus, broke into the 55-and-over condo complex through its secure parking garage. Detectives say they got into the office and broke into a locked cabinet where the checks were stored. They're both wanted in Redmond where other items they're accused of stealing from the condo complex were found in a Manus' car. Police didn't find the checks though, because detectives say they handed them off to an unidentified woman who went on a shopping spree at several Safeway and Fred Meyer stores -- racking-up thousands of dollars’ worth of groceries and goods. Jumanee Jones is a six-time felon who's been arrested more than 60 times. Amy Manus is a two-time felon who's been busted for burglary and identity theft before. If you can tell Redmond detectives where either of them are or give Snohomish County detectives the names of unidentified check-using suspect, call an anonymous tip into: CRIME STOPPERS: 1-800-222-TIPS You must call the Crime Stoppers hotline with your tip to be eligible to receive a cash reward for information leading to a fugitive’s arrest. CLICK HERE for information on how to TEXT A TIP to Crime Stoppers.