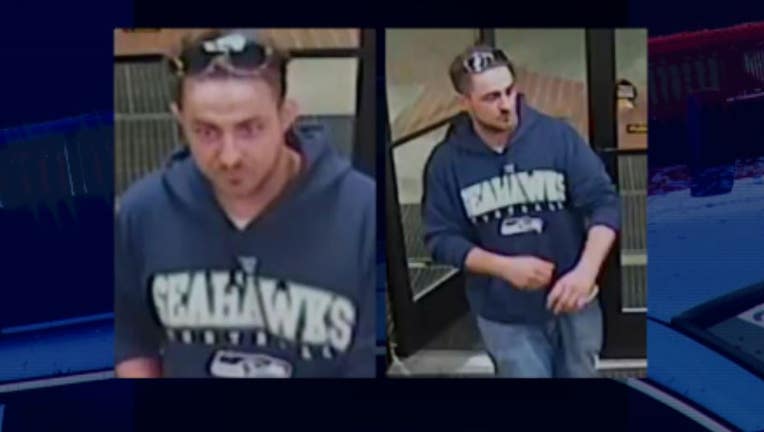 CAPTURE UPDATE: Washington's Most Wanted viewer tips helped Issaquah detectives identify the scratch ticket-stealing suspect as Daniel Stanus-Ghib. He's charged with Theft in the 3rd Degree. He was arrested and booked into the King County Jail on two separate drug charges on December 30th, 2015. Stanus-Ghib is WMW Capture #721 FUGITIVE WANTED IN ISSAQUAH September 25, 2015 -- Congratulations are in order for any big lottery winner -- but not for the sneaky thief Issaquah Police need help identifying who hit his jackpot by stealing a bunch of scratch tickets. “We`re looking for a gentlemen that decided to wait until the clerk was distracted at a Shell gas station,” says Issaquah Police Det. Dustin Huberdeau. “You see the clerk, he seems to be helping him at a moment, he gets distracted by another customer. That clerk leaves and you see, literally, the suspect crawling on all fours, very quickly I might add, behind the counter, selecting several scratch tickets and then very quickly again crawling on all fours out behind the counter and then he stands up and leaves the store. The thing that makes me concerned is that obviously a normal person wouldn`t do this, so at some point he`s likely done this before, so it`s more important to make him accountable once we find out who it is.”

After the heist, surveillance video at a different gas station shows him cashing in the winning tickets. He was wearing a Seahawks hoodie and seems to have a thin moustache, thin beard and possible soul patch. If you can tell Issaquah detectives his name, call an anonymous tip into: CRIME STOPPERS: 1-800-222-TIPS You must call the Crime Stoppers hotline with your tip to be eligible to receive a cash reward for information leading to a fugitive’s arrest. CLICK HERE for information on how to TEXT A TIP to Crime Stoppers