FUGITIVE CAPTURED Feb. 28, 2014 -- The Department of Corrections say WMW viewer tips called into Tri-Cities Crime Stoppers led Richland police to a house where officers arrested convicted sex offender, Alvaro Meza. WANTED BY DOC IN TRI-CITIES Feb. 21, 2014 -- Convicted child rapist Alvaro Meza is missing in the Tri-Cities. The Department of Corrections says he is also a gang member who is deep into drugs such as meth. His rap sheet is filled with several convictions, in addition to the sex crime for which he reportedly failed to register. He's 28 years old, and officers think he could be in Benton City or somewhere else around the Tri-Cities. If you can help get him caught, call an anonymous tip into: CRIME STOPPERS: 1-800-222-TIPS You must call the Crime Stoppers hotline with your tip to be eligible to receive a cash reward for information leading to a fugitive’s arrest. CLICK HERE for information on how to TEXT A TIP to Crime Stoppers 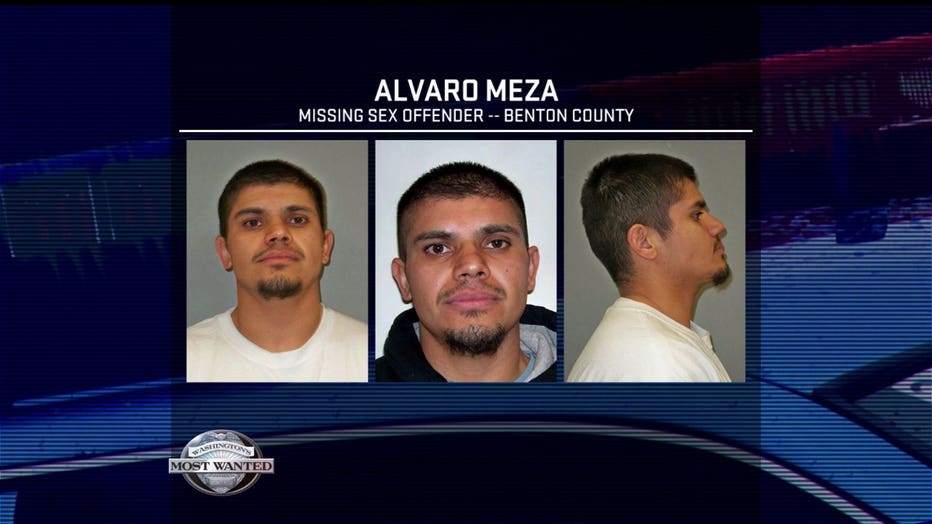