FUGITIVE CAPTURED May 8, 2013 -- Acting on a WMW viewer tip called into Crime Stoppers of Puget Sound, Pierce County detectives and the U.S. Marshals Pacific Northwest Fugitive Apprehension Task Force pulled Quentin Morton over in Tacoma Wednesday afternoon, and arrested him on S. 23rd St. FUGITIVE WANTED IN SEATTLE AND BY DOC IN KING COUNTY May 3, 2013 -- Missing sex offender, Quentin Morton, has racked up 21 arrests and three felony convictions. Now, he has a new number to add to his criminal resume -- four warrants for identity theft totaling $200,000. He's also wanted by the Department of Corrections for failing to register as a sex offender. He's a level three -- the' worst of the worst'. Seattle police say the Tacoma man is a prolific thief who uses stolen credit cards to rack up big charges. 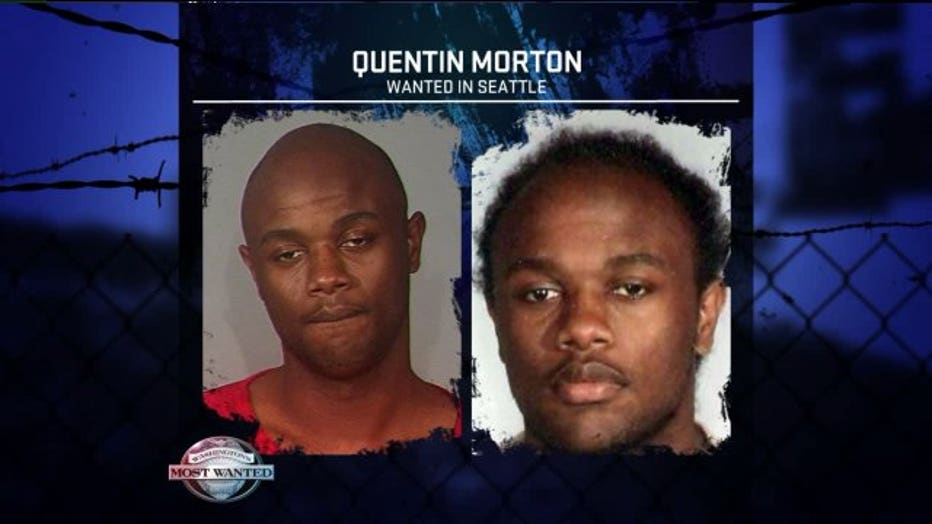 Here are the details on QUENTIN MORTON:

Prosecutors will extradite him back to Washington from anywhere in the country, but detectives believe he is still in western Washington. If you know where he’s hiding, call an anonymous tip into: CRIME STOPPERS: 1-800-222-TIPS You must call the Crime Stoppers hotline with your tip to be eligible to receive a cash reward for information leading to a fugitive’s arrest. CLICK HERE for information on how to TEXT A TIP to Crime Stoppers