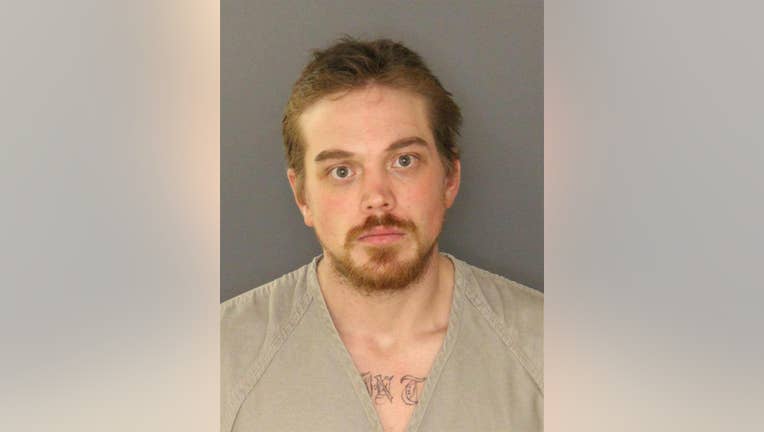 FUGITIVE CAPTURED January 5, 2015 -- When I started Washington’s Most Wanted with our Crime Stoppers partners in 2008, we had to catch fugitives the old fashioned way. We put them on television and asked viewers for tips to find them. Our first capture of 2015 shows how social media can also be a powerful force for good. Take Tuesday night’s capture of Richard Robinson in Tacoma for example. On November 8th, Robinson was a trustee at the Pierce County jail and was working in the kitchen area. As the trash was being taken out, Robinson took off from the kitchen and jumped a fence to escape.  He was being held in the Pierce County Jail for two counts of Burglary in the 1st degree, three counts of Theft of a Firearm, and two counts of Trafficking Stolen Property. Crime Stoppers of Tacoma-Pierce County posted his photo and information on their website, http://www.tpcrimestoppers.com/.  A month went by and then the holidays passed. Still, Robinson was on the loose. Monday afternoon, I posted his case on the Washington’s Most Wanted Facebook page and also sent out several alerts on our Twitter account, @Catchwmw. Later that evening, Crime Stoppers got anonymous tips that he was at a home on E. 28th St. in Tacoma.  Those tips were sent directly to Tacoma Police who followed up and took him into custody at 11pm with the help of a Pierce County Sheriff’s Department K-9 team. He is now facing a new charge of 2nd Degree Escape. Thank you to all of you who follow our Washington's Most Wanted and Crime Stoppers pages on Facebook and Twitter.  You are truly making a difference! Robinson is WMW Capture #588